Whether you are a company or a reporter trying to boost your visibility online, what is ok to do and what is considered “unfairly gaming the system?’’

Is it ok to use keywords that you know people are searching for, but not ok for “bots’’ to direct traffic to your site? Will you be punished, suspended or banned from Google, Facebook and Instagram because how you strategise with the algorithm is deemed illegitimate?

Researchers at Rutgers University say more consistent standards are needed for advertisers, journalists, influencers and marketers seeking to boost their visibility on platforms such as Google, Facebook and Instagram.

The ingenious Facebook trap: Is it time for ensnared brands to cut their losses?

Boundary lines are vague and inconsistent

In a study, published in the journal Social Media & Society, researchers found that platforms’ boundary lines between legitimate and improper ways to boost visibility are vague, inconsistent and largely reflective of the companies’ material interests.

“Though the line between acceptable and unacceptable user behaviour will necessarily be fraught, continually shifting, and arbitrary to some degree, it must nevertheless be drawn,” said lead author Caitlin Petre, an assistant professor of journalism and media studies at Rutgers University-New Brunswick’s School of Communication and Information.

The problem, according to the researchers, is that too often platform companies draw these lines unilaterally and arbitrarily, potentially harming well-intentioned content creators in the process.

In the study, researchers analysed platform user guidelines and media coverage of three case studies in which Google, Facebook and Instagram accused a group of users of illegitimately “gaming the algorithm” and punished them by limiting their visibility, suspending, or banning them.

“Even though platform-drawn lines between ‘gaming the system’ and acting strategically are blurry, there is a public discourse where those who engage in behaviour deemed to be gaming are not just ‘mistaken’ about what the rules are, but that they are cheaters, offenders and acting criminally,” Petre said.

More troubling is that the rules, guidelines, and punishments that have emerged seem to reflect digital intermediaries’ powerful structural position and commercial interests, rather than a coherent understanding of manipulation, deception, and authenticity.

Social media platform companies are portrayed as neutral umpires acting in good faith, even though their decisions are driven by what is best for their business – a dynamic the researchers termed “platform paternalism.”

The evolving beast within artificial intelligence

“The decisions about how algorithmic manipulation is formulated and enforced should be democratised to grant influence to a wider array of content makers – perhaps especially for those whose very livelihoods depend on algorithmic visibility,” Petre said.

The study’s authors included researchers from Cornell University and the University of Pennsylvania. 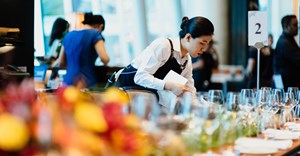