87% of journalists in the Middle East, Africa and Asia view the industry negatively

12 Dec 2018 | Email | Print |  PDF
A poll released by Sweet Spot PR, a creative agency that specialises in data-driven content, asked journalists about the status quo of their industry, what they fear the most and why they believe free press must be protected.
The agency asked journalists from around the globe and received answers from journalists based in 52 different nations. Specialising in data-driven content, Sweet Spot works in communion with journalists, and therefore considers the well-being of the industry to be of high importance.

The agency’s hope is that the poll findings will start a conversation between journalists, who all face similar challenges, to find solutions by sharing their experiences and sparking new ideas about how to bring innovation and stability to their trade. The agency is using #FutureofJournalism to track the conversation, which you are free to use.

The poll asked the following three questions:
1. What do you think is the biggest threat to journalism today?
2. In one word, what defines journalism in your country right now?
3. Why should people care about protecting the freedom of the press?

You can find visual representations of all the responses and the full methodology here.

Key findings from journalists in the Middle East, Africa and Asia


Q.1 - What do you think is the biggest threat to journalism today?

Below you can see the way that journalists in the Middle East, Africa and Asia (Please see methodology on the results page for country break-down) answered:


Below you can find the results of the poll from a global perspective.


Q.2 - In one word, what defines journalism in your country right now?

69.2% of respondents answered with a negative word, while 30.8% chose a positive word. The word clouds below reveal the global results. The larger the word, the more respondents chose the word.


Below you can find a small selection of named quotes from journalists around the world. We received 162 named responses, and the remainder wished to be left anonymous. Please get in contact if you would like to see all the quotes from a particular region or country, and we can organise that for you.

Q.3 - Why should people care about protecting the freedom of the press?

“In the absence of a free and vibrant media, no amount of light not even the sun's would be sufficient to illuminate the earth.” Mohammed Adow, senior correspondent Aljazeera English - Kenya

“A world that cannot write facts cannot escape evil. And it is not just the journalist's responsibility to have the truth.” Fatih Polat, chief editor, Daily Evrensel Newspaper - Istanbul, Turkey

“Freedom of press is a fundamental pillar of a free and open society.” Steuart Pennington, sagoodnews - KwaZulu-Natal, South Africa

“Because the truth shouldn't be hidden and confined. We are the voice of the masses.” Amresh S. Jessy, Rojak Daily, Astro - Kuala Lumpur, Malaysia

“In the absence of freedom of press democracy is deficient as people cannot make intelligent choices on which representative democracy can flourish.” Yusuf Kanli, Hurriyet Daily News - Ankara, Turkey

“The role of the Media as Agenda setters and watchdogs of the society is so important that everyone, especially Government leaders, should do everything to protect Press freedom. Am very confident that if this is done, the society will be a better place. Journalists should also be careful about Fake news.” Dan Akpovwa, editor-in-chief, The Abuja Inquirer Newspaper - Abuja, Nigeria

“We have to protect the future from a distorted and incorrect version of the present.” Larry Kwirirayi, 3-mob.com and ZiFM Stereo - Harare, Zimbabwe

“Ever play the children's game 'Kerplunk'? Freedom of the press is like the toothpicks. Remove them and all the marbles fall, everything falls apart. And the game's over.” Don Munro, The Canadian Broadcasting Corporation (CBC) - Sydney, Nova Scotia, Canada

“Because it one of the cornerstones of democracy, indispensable in a free society.” Joachim Riedl, Die Zeit - Vienna, Austria

“The rise of populist autocratic leaders of any extreme political stripe is only encouraged by encroachments on democracy, an essential component of which is an unfettered press. Two leading world superpowers - China and America - are currently circumscribing press freedom with an ultimate cost for trade progress the world over and a greater political risk to citizens' basic freedoms of choice.” Simon Greaves, Financial Times/FT.com - London, UK

“Because people need to be informed as fully as possible to fully exercise their right to know and their right of choice. It's an individual and collective right. It's democracy.” Eric Mettout, deputy editor, L'Express - Paris, France

“Caring about freedom of press is caring about yourself - as a citizen in an open, free, human and democratic society. If that's not your point, then just don't care.” Jan Thomsen, Berliner Zeitung/Berliner Kurier - Berlin, Germany

“In an era in which politicians publish any absurdity they want on social media and through the outlets they own, these networks of respectable news organisations and independent reporters remain the last defence against propaganda.” Mihai Popescu, Vice - Bucharest, Romania

“How journalists feel about their trade can be an insightful barometer into the state of mind of society at large, so it is alarming that the majority of journalists polled are so fearful about their employment stability. It’s also unacceptable that so many reporters live in fear for their safety, or of speaking freely, as we saw with the many journalists who wished to keep their answers anonymous for the sake of their own wellbeing.”

“We are optimistic that the best days of journalism are still to come; nevertheless, it is clear that reporters around the world are under threat and society has but one right option; to protect them.”
NextOptions
›
Email Print PDF
Don't miss BizTrends2022 - 7 keynote speakers forecast trends shaping business in our region! Register now! 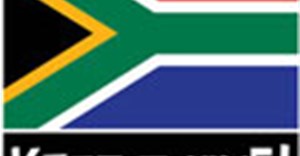