21 Dec 2017 | Email | Print |  PDF
This year, 81 journalists lost their lives around the globe " a drop from 120 last year, the International Press Institute said.
The institute keeps a tally of journalists who are deliberately targeted and those who were killed while on assignment.

The Vienna-based group has been issuing such statistics since 1997.

"It's a relief to see a drop in the number of annual deaths and we hope it marks an end to the overall global trend in recent decades of increasing deaths," institute executive director Barbara Trionfi said.

"Nevertheless, the brutal killings of so many journalists this year in Mexico and so many other countries tragically show how impunity for journalists' killings begets more killings."

Trionfi lashed out at governments that failed to bring those who had murdered journalists to justice. She said the murder of journalists was an attack on the fundamental human right to share and receive information and on democracy itself.

Mexico has been singled out as the deadliest country as 13 journalists had perished there. Each of them, according to the institute, had been targeted due to work.

This year there has also been an increase in the number of women who had died. Last year, four women were killed in the line of duty and this year 10 have died thus far.

The Caribbean and Latin America were the deadliest regions. There were fewer deaths in sub-Saharan Africa and none in South Africa. Since 2015, IPI has also included murders that remain under investigation. " TimesLive 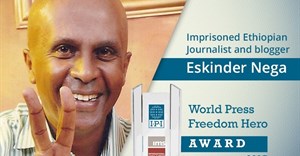