10 Nov 2021 | Email | Print |  PDF
By: Helen Reid
Congo Republic aims to seal a deal to restructure an $850m loan from global commodities trader Glencore within the the next year, the country's oil minister told Reuters on Tuesday, 9 November.
If it fails to reach agreement with Glencore, Congo Republic would consider seeking a third party to buy out the debt, oil minister Bruno Jean-Richard Itoua said on the sidelines of the African Energy Week conference in Cape Town.

Glencore and a consortium of banks lent Congo Republic $850m between 2015 and 2016 to be repaid with future oil deliveries over five years. The country has been discussing loan restructuring with the trader since 2018 and has suspended oil cargoes to Glencore.

"I have not lost hope that we will find a solution with Glencore," Itoua said. "The time is ripe ... we hope we will not have to wait a year to get to the end of it all."

Glencore did not immediately respond to a request for comment.

The International Monetary Fund (IMF) on Monday said it had agreed to a three-year loan programme worth around $456m to help to stabilise Congo Republic's debt-burdened economy. Itoua said that programme would help the country's position with Glencore.

Help from the IMF had hinged on Congo Republic's ability to restructure loans. China announced in June that it had agreed in principle to reschedule its $2.4bn loan to the country, and Trafigura finalised the restructuring of an oil-backed loan in March.

The country has 12 offshore blocks open for bidding at the moment and is seeking new investors to develop its gas resources.

"Gas is the key word at the moment," Itoua said. 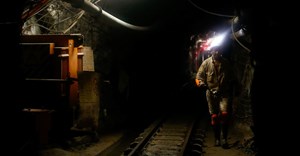 Glencore to restart operations at Mutanda copper, cobalt mine in 202219 May 2021 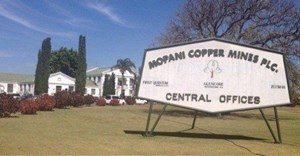