By: Gregory Gondwe
Air Malawi CEO Wisdom Mchungula has confessed that the debt-riddled airliner is surviving by the mercy of Malawian public. The CEO made these confessions in the presence of the Malawi Parliamentary Committee on Budget and Finance in Lilongwe last week.
He said Malawian passengers market is about a total of K12 billion in revenues and that Air Malawi is currently getting about 40% of the market share.

Mchungula told the lawmakers that the airliner has a debt of K4.1 billion which could result in its liquidation.

“The airline cannot service the debts on its own,” conceded Mchungula who blamed the debt burden on a misfired expansion drive it embarked on in 2005 which led to the acquisition of a Boeing 737 500 aircraft worth K140 million serviced by a PTA Bank loan.

He said for the company to survive it only needs K1.8 billion out of the debt it has and since government is currently the sole shareholder, other shareholders should be allowed to come on board.

“...For the company to be put on stabilised financial footing, a relief on the debt should be given by the shareholder injection of funds,” suggested the CEO.

Gregory Gondwe is a Malawian journalist who started writing in 1993. He is also a media consultant assisting several international journalists pursuing assignments in Malawi. He holds a Diploma and an Intermediate Certificate in Journalism among other media-related certificates. He can be contacted on moc.liamg@ewdnogyrogerg. Follow him on Twitter at @Kalipochi. 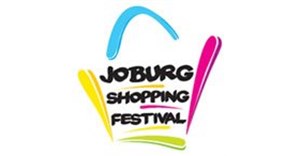