High unemployment rates in both the United States and in some global markets have not created the talent surplus that many organisations and business leaders would have expected, according to a new survey released today by Deloitte and Forbes Insights. In fact, the quest for talent in global and emerging markets is the leading concern among 41% of the corporate executives and talent managers surveyed, and a slightly more pressing concern for companies in Europe, the Middle East and Africa (48%) than their counterparts in the Americas or Asia-Pacific countries (35% and 41%, respectively).

The Deloitte/Forbes Insight Survey, Talent Edge 2020, also reveals potential critical shortfalls in research and development (R&D) skills and executive leadership. Nearly three-quarters of executives surveyed (72%) anticipate either a severe or a moderate shortage in R&D talent, while more than half of those same executives (56%) stated they expect the same magnitude of shortage among executive leadership.

"What we are seeing is an unexpected talent paradox - even though unemployment rates remain relatively high in the US - companies are struggling to find the skilled workers they need to fill critical jobs worldwide," explained Jeff Schwartz, a principal in the human capital practice of Deloitte Consulting LLP and global co-leader and US leader for talent services.

"During the recession, most executives were churning their business and talent strategies into survival mode, not success mode - this has to change or corporate growth and innovation will be severely challenged," Schwartz added.

Some sectors fare worse than others

The R&D shortage is particularly prevalent in industries where product innovation is critical. Among technology, media and telecom companies, 40% of those surveyed predict a severe shortage of R&D talent, while 39% of consumer/industrial companies and 37% of life sciences and healthcare companies surveyed foresee severe skill shortages in this area.

The survey further shows that many executives are concerned about their companies' leadership development programs and pipelines. More than half of respondents (56%) predict shortages in executive leadership, and 63% are either highly or very highly concerned about employee retention over the next 12 months.

"This is where the talent paradox poses the biggest threat - not only are companies struggling to find the right skill sets to fill critical jobs, but they are worried about their ability to keep the talented workers they have," said Schwartz. "And, these are concerns worldwide - not just in a company's backyard. So, if companies are not thinking about talent and workforce issues in a global way, they are not thinking about them in the right way."

Positively, the survey shows promise that most companies are thinking globally. When asked to look ahead and predict where their talent strategies are headed, nearly two out of three respondents predicted that their companies will increase their focus on global diversity management (65%) and global mobility (64%) over the next year.

Moreover, most survey participants are aware that changes need to be made. Approximately, 80% admit that their talent programs need improvement, while only one in five executives rate their company's programs as "world-class." According to Deloitte's analysis of the survey data, the self-described "world-class" firms have a different set of priorities and a stronger focus on long-term talent investments than other companies. For example, when compared to companies whose talent programs need to be improved, "world class" companies are more likely to make investments in creating career paths and challenging opportunities for employees (46% for "world-class" firms vs. 36% for all others), developing leaders and succession planning (48% vs. 36%), and recruiting hard-to-find skill sets (42% vs. 29%).

Talent Edge 2020 is a second longitudinal survey series conducted in collaboration with Forbes Insights. The survey includes 334 senior executives and talent managers at large companies worldwide, across a range of major industries. Following in the path of Deloitte's 2009-2010 survey series, Managing Talent in a Turbulent Economy, this latest research is aimed at exploring talent strategies and concerns of global companies and unfolding trends as companies confront a fresh set of challenges in the next decade and beyond. 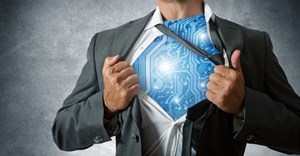