By: Reuben Yonatan
The future is always bright for any kind of computer-related or especially Internet-related technologies. We can always expect new innovations, but just what sort of innovations can we predict? Here are some of our predictions for 2013.

More mobile integration and texting and IM will combine

RingCentral made waves by being the first major VoIP provider to combine texting with chatting by introducing business SMS, but VOIPDITO did it first, and we predicted it would happen before. In the scheme of things, having an instant message gateway is not that complicated, and we already are used to using our phone to answer texts and write emails. I expect to see more mobile features make their way on to VoIP desktop clients.

Facebook has become a valuable business tool. Just about everyone is on Facebook these days and Facebook's tools, including their IM client, are rapidly being adopted by VoIP providers. We have seen some VoIP providers already adopt Facebook into their own desktop clients. Facebook is also rolling out its own VoIP client for iOS, which we can expect to be co-opted by business VoIP providers. Expect more from Facebook as 2013 rolls on.

More direct comparisons to 4G rather than to traditional telephony

Smartphones have become the new phones. VoIP providers will see less direct competition, at least in terms of hearts and marketing minds, with traditional telephony, and more need to stand out from tablets and smartphones. I believe that VoIP can both compete and cooperate with smartphones, making both devices stronger for it. With that said, current mobile subscribers that are due for their upgrade should consider holding on to their unlimited mobile data plan.

One great thing about VoIP is the lower barriers to entry. In a short period of time, a company can go from no-name to making a millions. Many VoIP providers expand from residential to small business, or the other way around. The result is that prices will stay consistently lower than incumbent providers' prices, with a greater feature set.

The fax machine may or may not go away. Fax machines are bulky, slow, and completely essential to some businesses. As was reported in The New York Times, the handwritten fax is still indispensable in Japan. Faxes are used in legal and medical documents. For better or worse, the fax machine is sticking around. But, fax plans are another story. We can expect to see both fax-centric companies pop up, and more fax options, both paper and paperless, from VoIP providers.

VoIP was once banned in China, but like in many other economic areas, China is making huge leaps and bounds. One such leap is the rise of a Google-like app called "Weixin," known in America as "WeChat." Version 4.2 of this popular application includes voice and video chat. This app has over 100 million users.

2013 is predicted to be another big year for VoIP. Forbes Magazine estimates the VoIP market has a total value of US$15bn. This is not even including Skype, Google, and other services that provide VoIP to the consumer market for no upfront charges. So hang on tight folks, VoIP is in the fast lane to further change the world.
Follow

Reuben Yonatan is a VoIP enthusiast at GetVoIP.com, and a self-professed web surfer by night. Equipped with an extensive background in ecommerce, blogging and online media, striving to make the web a better place. To contact Reuben, you can email him at moc.piovteg@yr.
Email Print PDF 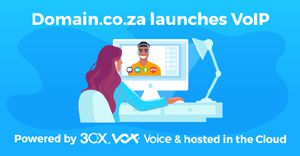 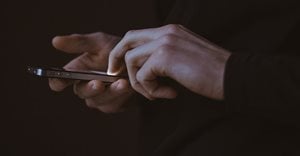 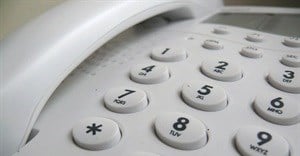 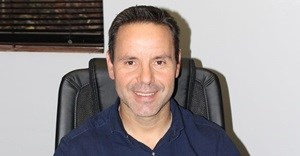 Stop VoIP threats before they start with a licensed, local VoIP operator30 Jan 2019 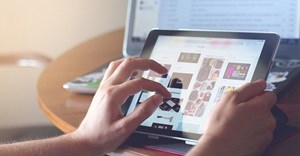 #BizTrends2017: Go fibre: Why a fibre connection is a must for business in South Africa9 Jan 2017 Four VoIP benefits you may not know about30 Nov 2015 DIY IP Telephony not a good option for startups6 Oct 2015