21 Nov 2012 | Email | Print |  PDF
WAN-IFRA, on Tuesday, 20 November 2012, announced that Thomas Jacob has been promoted to the new position of chief operating officer. Jacob previously served as one of the three deputy CEOs. He will report to the CEO, Vincent Peyregne and will be responsible for operational management and business development worldwide.

"Thomas brings a deep knowledge of the different facets of the news publishing industry and I believe this new role will take advantage of his talents and experience," said Peyregne. "His track record in Asia Pacific can be leveraged as WAN-IFRA strives to deliver the best solutions and services to the newspapers and news publishers across the globe."

Jacob has over 28 years of experience in media. He began his career as a rookie engineer with Mathrubhumi, a vernacular newspaper from India. After helming the technical department for four years, he moved to Singapore to establish IFRA's presence in Asia. During this tenure, he established the two subsidiaries IFRA Asia and IFRA India. He then joined Associated Newspapers Limited, publisher of Daily Mail and Metro in the UK. As ANL's international development director, he conceptualised a compact midmarket newspaper for the Indian market and initiated a JV with the India Today Group to launch a new newspaper, Mail Today.

WAN-IFRA
WAN-IFRA, based in Paris, France, and Darmstadt, Germany, with subsidiaries in Singapore, India, Spain, France and Sweden, is the global organisation of the world’s newspapers and news publishers. It represents more than 18 000 publications, 15 000 online sites and over 3000 companies in more than 120 countries. The organisation was created by the merger of the World Association of Newspapers and IFRA, the research and service organisation for the news publishing industry.
Go to: http://www.wan-ifra.org

Read more: Institute of Technology, the University of Chicago 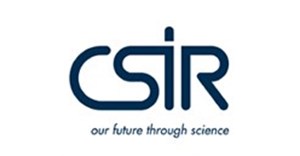