28 Sep 2020 | Email | Print |  PDF
The first Tobacco Transformation Index, released last week and made possible with funding from the Foundation for a Smoke-Free World, finds that the majority of the 15 largest tobacco companies are not making substantive progress in phasing out cigarettes and other high-risk tobacco products and transitioning smokers to reduced-risk alternatives.
A small group of companies have made public commitments to harm reduction and backed them with significant investments. A majority of companies have made no such commitment to tobacco harm reduction. Of the 1.3 billion tobacco users in the world, 8 million die annually from tobacco-related diseases. According to the Index, adult cessation and tobacco harm reduction could reduce deaths within the next two decades.

The 2020 Tobacco Transformation Index ranks Swedish Match, which divested its cigarette business in 1999, in first position. Phillip Morris International, British American Tobacco, Altria, Imperial Brands, Japan Tobacco, KT&G, ITC Ltd., Swisher International, Tobacco Authority of Thailand, Vietnam National Tobacco, Gudang Garam, Djarum, Eastern Co., and China National Tobacco Corp. follow Swedish Match in the overall rankings.
“Inspired by the success that indexes focusing on other sectors have demonstrated, the goal of the Tobacco Transformation Index is to stimulate external pressure and the industry competition needed to take combustion out of the cigarette market, accelerate change, and lower the unnecessary disease, death, and misery it causes so many people,” said Dr. Derek Yach, president of The Foundation for a Smoke-Free World.

“Society and large institutional investors such as banks and pension funds, which represent 85% of investment in publicly traded tobacco companies, have the leverage to push tobacco company management to drive measures that greatly improve health.”

In 2019, 13 of the 15 tobacco companies in the Index generated at least 95% of net sales value through high-risk tobacco products including cigarettes. In 2019, Swedish Match’s sales of reduced-risk products accounted for 44% of its net sales, followed by Philip Morris International at 19%, and British American Tobacco and KT&G at 5% each. Over the period of 2017-2019, eight of the 15 companies allocated 10% or less of research & development and capital investment expenditures to reduced-risk versus high-risk products.

Among the six companies who made public commitments to harm reduction, between 30% and 55% of their marketing budgets were still devoted to high-risk products including cigarettes. “The tobacco companies are still spending a significant amount of their marketing budgets on high-risk products and, while a handful have increased their focus on youth access prevention, the impact of these policies is still unclear,” said Dr. Yach.

Overall progress in reducing smoking and the use of toxic smokeless tobacco products globally remains frustratingly slow. To accelerate progress, new strategies and tools are needed to complement ongoing tobacco control efforts. A concerted effort to transform the global tobacco industry via a strategy of tobacco harm reduction could reduce users’ current health risks and eventually help them to quit entirely.

Nine of the world’s 15 largest tobacco companies were found to have no active commitment to tobacco harm reduction and/or announced targets to increase the production and sales of high-risk tobacco products. Among this group, China National Tobacco Corp. (CNTC), Vietnam National Tobacco Corp., and the Tobacco Authority of Thailand are 100% government-owned enterprises.

Of the six companies with some degree of state ownership in the Index, five are in the lower half of the rankings. If state-owned tobacco companies were to embrace tobacco harm reduction, they could have significant impacts on the health of their citizens, while addressing long term fiduciary needs healthily.

“This first Tobacco Transformation Index reinforces that this industry is at the beginning of a long journey. True progress will come when we see all tobacco companies phase out their combustible cigarette businesses. For this to be possible, governments need to implement smarter regulations that support the transition, and WHO should actively support tobacco harm reduction. Bans, such as The Union’s call to prohibit the sale of e-cigarettes and heated tobacco products in LMICs, are not the answer and only impede progress,” said Dr. Yach.

The Tobacco Transformation Index was developed from 2019-2020 through a quantitative and qualitative research review conducted with grants received from the Foundation by consultants Euromonitor International, with guidance from an independent advisory panel and global stakeholder engagement program organised by advisory firm SustainAbility. The 2020 index is based on an assessment of 35 key indicators over the period 2017-2019. The analysis will be updated every two years.
Email Print PDF
Read more: tobacco, smoking, British American Tobacco, cigarettes, tobacco products 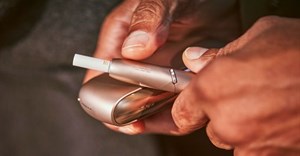 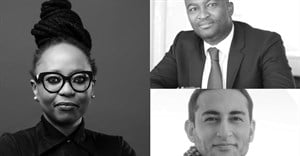 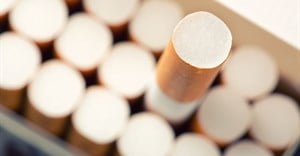 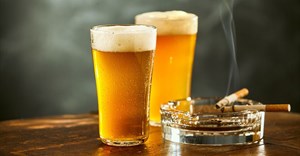 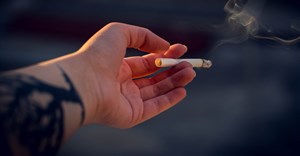 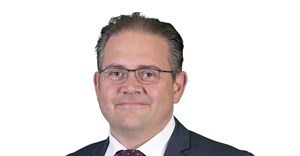