Ebola outbreak in DRC: Are we better prepared this time?

14 May 2018 | Email | Print |   PDF
By: Connor Bamford
Two cases of Ebola virus disease have been confirmed in the Democratic Republic of the Congo (DRC), just one year after the country declared its last outbreak to be over. The outbreak is in the market town of Bikoro in the north-west of the country. So far, 21 people have been reported to have hemorrhagic fever – a symptom of Ebola – of whom 17 have died. The two cases that were confirmed by a laboratory to be Ebola, were shown to be the Zaire strain of the virus. Healthcare workers are among those reported to be infected.

Fortunately, the DRC has a good track record of controlling Ebola outbreaks, and the government is working closely with the World Health Organisation, Médecins Sans Frontières (MSF) and the Africa Centers for Disease Control and Prevention (Africa CDC) to bring the situation under control.

It is almost certain that we won’t see a repeat of the 2014-16 West African epidemic that claimed 11,000 lives, but healthcare experts need to act swiftly, nonetheless.

Ebola viruses are a group of particularly nasty viruses that have a significant burden across Africa. Humans usually get infected from eating and preparing bush meat – mainly deer and monkey – and once they are infected, they can easily pass on the infection to other people.

Ebola viruses probably spread in bats most of the time, but they do occasionally “jump” to other species such as deer, monkeys or humans. We don’t know what causes these species jumps, which makes predicting Ebola outbreaks almost impossible.

In bats, Ebola probably doesn’t cause much disease, but when it spreads to humans and other apes, Ebola can cause a very serious fever with a high chance of death. However, the disease is not as gruesome as has sometimes been reported (body organs don’t liquify), which makes it difficult to figure out what’s Ebola and what’s not. Ebola infection could look like malaria or typhoid fever, for example.

If you don’t die from Ebola, you might suffer from long-term disability and stand the risk of being persistently infected with a chance of the disease reoccurring years later. Unfortunately, there are no approved drugs to treat Ebola, although a vaccine has been tested in humans with some success.

Read more:
The new '100% effective' Ebola vaccine owes a debt to the scientists who beat smallpox

There have been several recorded outbreaks of Ebola since its discovery in the early 1970s – all but one have been small. When we talk about Ebola virus now, the shadow of the 2014 West African epidemic hangs heavy as a warning of what can happen.

The West African outbreak lasted for three years, infected about 28,000 people, killed 11,000 and spread out of Africa to places like the US and Europe. We probably won’t know for sure what went wrong in this outbreak, but blame has been placed on the slow response of the international community, the fragility of the region’s health services, and the failure of public health campaigns to reach all people.

But, since the 2014-16 outbreak, other countries have had Ebola outbreaks, which many people may not have heard about. In fact, during the large West Africa outbreak, another Ebola popped up in the DRC (66 cases) and was promptly detected and contained. And in 2017, the DRC experienced another outbreak of eight cases. Fortunately, the DRC, which has had more Ebola outbreaks than any other country, has developed effective ways of controlling the virus.

The DRC has the means to diagnose the virus locally, get boots on the ground, and contain the spread and treat sick people. Also, the world is better able to support affected countries, and continue testing the Ebola vaccine, which was trialled somewhat in West Africa.

Although the DRC is resource poor, along with the WHO, MSF and Africa CDC, they are experience rich. If history is anything to go by, they will probably be successful in stopping this outbreak before it gets out of control. But swift action is needed. 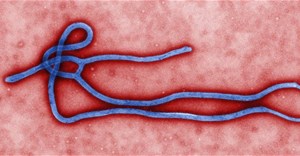 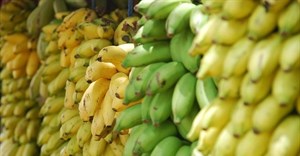 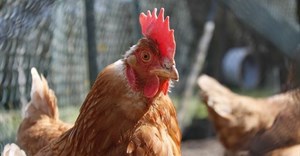