"Consumers' digital media consumption is rapidly expanding to multiple devices as a growing number of Latin Americans stay connected though smartphones and tablets," said Alejandro Fosk, comScore senior vice president for Latin America. "Understanding how these multiple platforms influence consumers' media consumption habits should be at the top of marketers', advertisers' and publishers' 2012 planning lists, because the new realities of the multiplatform digital environment will only become more disruptive over time."

Analysis of the current distribution of Internet traffic (defined as browser-based Internet page views) across devices found that traditional computers still account for an overwhelming majority of Internet traffic across most markets, although non-computer traffic has continued to increase in the past year. Among the markets included in this study, Puerto Rico had the highest percentage of non-computer traffic in October 2011 at 5.9%. Costa Rica was next at 3.7%, followed by Chile at 3.1%.

Brazil has highest share of non-computer traffic coming from tablets

When looking at the operating system (OS) share of non-computer traffic among the selected Latin American markets, Apple's iOS led the way in the wide majority of countries. Apple accounted for the highest percentage of non-computer traffic in Colombia (64.3%), followed by Puerto Rico (63.7%), Brazil (60.6%), Chile (60.2%), and Mexico (60.0%). These high percentages were driven by high intensity of media consumption among iPhone users combined with the iPad's dominance in the tablet market. Android's OS led in one of the included markets, Argentina, accounting for 33.1% of non-computer traffic. 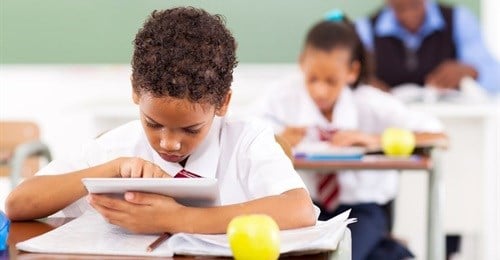