31 Aug 2021 | Email | Print |  PDF
By: Craig Lebrau, Issued by: Lebrau Press
Vince Han, an automation specialist who has worked with The Gap Partnership, paints an exciting picture of how advances in AI will positively impact the negotiators of the near-future.
I recently saw a demonstration of the Amazon Halo, a fitness tracker at first glance not dissimilar to the many other wearables in the marketplace. One distinguishing feature, however, is the Halo’s microphone that listens to your conversations - not to monitor the content of what you are saying, but rather, to analyze your tone of your voice in order to measure your mood.

We often equate artificial intelligence with how we see it portrayed in the movies: some human-like robot that is emotionally intelligent enough for companionship; for example J.A.R.V.I.S. from Iron Man or R2-D2 from Star Wars. But this real-life example of the Halo device and its mood-detecting capability is a great example of how artificial intelligence technology is actually being applied today – analyzing large amounts of data to provide some degree of useful context for humans. And nowadays this usefulness is often focused on convenience, with artificial intelligence helping us navigate the fastest routes, auto-correcting our spelling and grammar, unlocking phones and doors with facial recognition, and improving our customer service interactions with chatbots.

We are already seeing automation of negotiation in some form with dynamic pricing mechanisms on consumer sites such as travel and e-commerce platforms. Within these contexts, artificial intelligence automatically monitors supply and demand to set pricing in a way in which both the supplier and buyers feel like they are getting the optimal deal given the circumstances. And isn’t that a fundamental aspect of successful negotiations – to instill trust in the process for all parties?

But how can artificial intelligence help with negotiating the terms of more complex situations, such as multi-faceted deals between large corporations or high stakes negotiations among two individuals – both way more complex than a simple e-commerce transaction?

Here are four ideas for how artificial intelligence could aid any party in a negotiation:

This is not intended to be a comprehensive list, but rather it’s designed to stimulate ideas and provoke imagination around what is possible.

The more you understand the context behind the party you are negotiating with, the better you can prepare proposals and counterproposals that will resonate with them. But context is constantly changing. Imagine negotiating a long-term wholesale deal with a certain supplier who is simultaneously in negotiations with several other distribution partners. Their appetite and tolerance for risk could change each day depending on how each negotiation is doing, as well as keeping an eye on daily market forces that impact the outlook of consumer demand. Offering a proposal that looks good on a certain day might look awful to them on the next day depending on how things are going.

To help navigate this fluidity, you could set up an artificial intelligence scout who is trained to dynamically track thousands of data points from press releases, social media posts, market prices, personnel changes and so forth to give you a comprehensive snapshot of their situation at any given moment. This “dynamic scouting report” could help tremendously with making sure you are on point in making offers you know will be genuinely considered.

Even with the overwhelming amount of technology in use today, successful negotiation is still steeped in interpersonal skills and will be for the foreseeable future. And just like any skill, you can learn to improve dramatically with practice and feedback. Practically speaking, most practice and feedback for negotiators comes from actual negotiation, which as a result is too often at the expense of the quality of the negotiation, until you become more fluent with these skills. Artificial intelligence coupled with technologies like virtual and augmented reality can actually put you in elaborate simulated negotiations that allow you real practice, personalized for your current ability level. Imagine applying the technology I described with the Amazon Halo device to a simulated negotiation – you can monitor how confident or tentative, how trustworthy or not you may sound.

3. Problem-solving by exhausting all possible solutions

Of course one of the core tenets behind artificial intelligence is that it can algorithmically sort through millions of scenarios faster than any single or group of humans can. Gone is the era when a human could still compete with a computer in complex games like chess or the Chinese game, Go. Today’s computing power is no match for humans. So plug in all the variables within a negotiation, and a computer can process all possible combinations as well as assigning each combination’s likely economic value and outcomes for all parties.

The more intelligent a computer becomes, the better positioned the computer is to be the most effective mediator between parties. A computer can be programmed and therefore implicitly trusted to keep confidential information confidential, to offer information without bias, to broker compromise, as well as hold each party accountable for commitments made. Computers can even proceed from mediation to drafting formal agreements based on each settled item within a negotiation.

Even since humans started interacting with each other, the art behind negotiation has meant that a lot of bad deals have been executed. The fact that a bad deal could be had gives any savvy negotiator pause and can create a vicious cycle of stalled deals or no deals when certainly a great deal exists for all parties involved.

As more technology becomes available to us, we can move into the science of negotiation with data points providing weight over personality or verbal persuasion. But with the advent of artificial intelligence, parties can look forward to letting computers work out the complexities of situations to present all possible win-win outcomes. This era of intelligence will ultimately snuff out the inefficiencies of negotiations created by a lack of trust, suspicion and the uneasiness of having incomplete information, and will help parties quickly come to agreements that improve each party’s welfare. And that outlook is surely, for negotiators everywhere, a win-win.
NextOptions
›
Email Print PDF 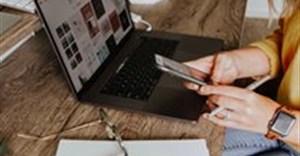 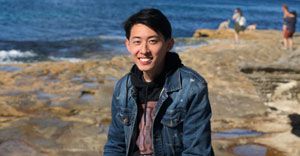 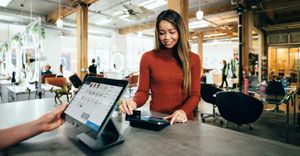 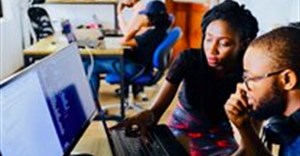 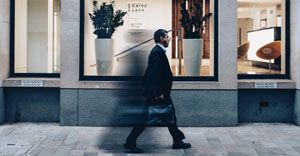 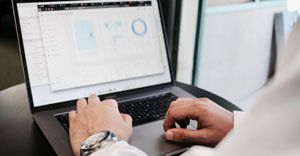