8 Oct 2013 | Email | Print |  PDF
ATLANTA, US / JOHANNESBURG, SA: More than 200 million homes internationally now receive the FOX entertainment channel, and of all of the homes that receive the FOX channel globally, nearly two thirds are now outside of the US.
This milestone was announced yesterday by FOX International Channels (FIC), whose total portfolio of Pay TV channels including FOX, National Geographic Channel, FOX Life and FOX Sports, reaches 1.6 billion homes in every part of the world.

During the last year, FIC undertook an ambitious plan to expand the FOX general entertainment channels, rebranding existing channels and launching new FOX channels in key markets, increasing its distribution from 140 to 200 million.

"FOX is one of the best recognised, most highly valued brand names in the entire media world. Channel brands really do have meaning to worldwide audiences," said FIC CEO Hernan Lopez. "Not only did we increase our total number of homes beyond 200 million in the past year, but our ratings increased on every FOX channel FIC operates. FOX is a name that in synonymous with entertainment in every part of the world."

FOX general entertainment channels are now found in 125 countries, in 31 languages from 49 feeds. FOX is the exclusive international Pay TV broadcaster of The Walking Dead, set to premiere globally starting 14 October, and in several territories is the first-run home of some of the world's best dramas and comedies, including The Bridge, Glee, Homeland, Sleepy Hollow, Da Vinci's Demons, The Simpsons, Family Guy, and Modern Family.

The FOX expansion in Europe in the last year included a launch in The Netherlands, and rebrands in the UK, Norway, Russia, Greece, and the Balkans. The new FOX UK already ranks as the #4 Pay TV channel in prime time. FOX already is the leading entertainment brand throughout Latin America, Europe and parts of Asia. In Latin America, FOX is present in 95% of homes and has been the #1 Pay TV channel in ratings for the last 15 years. In the last quarter, there was a 35% spread between FOX and its next closest competitors.

In a global brand strength survey conducted by Millward Brown Optimor last year, pay-TV subscribers in 12 countries expressed a high level of brand satisfaction and loyalty for two of the biggest brands in the FIC portfolio: FOX in entertainment and National Geographic Channel in factual. At the time of the release of the study, Nick Cooper, Managing Director of MBO, concluded that FOX and National Geographic Channel would be among the few television channel brands that are highly valued by both viewers and platforms and that the role of channel brands is stronger than many in the television business believe.

These high value viewers put on the FOX brand is further evidenced by the 100m+ Facebook fans and Twitter followers the brand has worldwide and the fact that it consistently outranks all other TV brands in measures of brand engagement and social buzz. 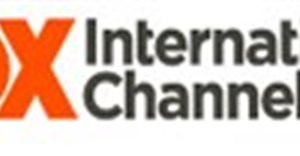