City encourages local business to get smart about traffic

27 Jun 2019 | Email | Print |   PDF
The City of Cape Town is calling on local business to develop smart solutions that will help Capetonians beat the peak-hour traffic.

Traffic congestion and the impact it has on the local economy was one of the key discussion points at a recent meeting between the Cape Chamber of Commerce and Industry (CCCI) and Alderman Felicity Purchase, the City’s Mayoral Committee Member for Transport.

"All Capetonians arrange their lives around traffic, be it commuters who rely on public transport, motorists in private vehicles, or the businesses who need the road network to move their goods and services. We are building new roads and we are prioritising public transport, but the projects won’t happen overnight. In the meantime, technology is changing our lives and the question is, why can the private sector not step up with innovative solutions to beat the traffic? For instance, you are far better placed to develop smartphone applications for lift-clubs and carpooling than us," Alderman Purchase told the CCCI’s Transport Committee.

Purchase told the members that private business could assist by allowing employees to work flexible working hours, to work remotely, or to implement condensed work weeks.

‘You could also think of ways of incentivising employees to form lift clubs and to do carpooling. We have thousands of cars on our main roads with only one occupant – the driver. If we can get four, or even only two people, to travel together we can half the number of private vehicles on the roads during the peak-hour periods,’ said Alderman Purchase.

The City will be spending an additional R165,7m in the 2019/20 financial year on new roads and links to relieve congestion in the worst affected areas. These include:

A further R22 million has been allocated to upgrade the north- and southbound lanes of the R44.

The City will also invest approximately R114,8m on building new public transport interchanges (PTIs) and to refurbish existing interchanges for commuters and the minibus-taxi operators. Construction of a new minibus-taxi facility is already underway in Dunoon, while the contractor for a new PTI in Somerset West will be appointed within the next five months. Plans are also underway for major refurbishments of the facilities in Retreat and Wynberg.

Cape Town’s road network comprises over 10,600kms and every inch of it is managed by the Transport Directorate.‘Our road network is our biggest asset and thus, the City has set aside over R173 million for the maintenance and reconstruction of the city’s roads for the 2019/20 financial year, starting Monday, 1 July. We are committed and the money has been allocated, but we need Cape Town’s business people to also contribute with smart ideas that will address the challenges within the transport realm,’ said Alderman Purchase.
NextOptions
›
Email Print PDF
Read more: Felicity Purchase, Cape Chamber of Commerce and Industry, traffic solutions 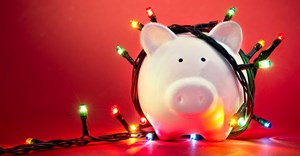 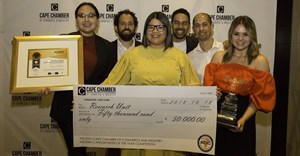