MTN to bid for Myanmar licence

16 May 2013Save | Email | Print |  PDF
YANGON, MYANMAR: The MTN Group has kicked off an awareness drive to demonstrate its credentials as a 'transformation' global mobile telecommunications mobile operator worthy of a licence to offer world-class telecoms services to the people of Myanmar. 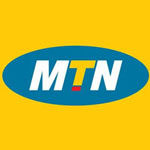 MTN has been pre-qualified to compete for a telecommunications licence in Myanmar, along 11 other companies, and is now preparing to submit its formal bid before the 3 June 2013 deadline for one of the two nation-wide telecoms licences.

MTN, a Johannesburg-headquartered mobile operator with nearly 200 million subscribers in Africa and the Middle East, is reaching out to the Myanmar population through a countrywide media communication campaign. The campaign is aimed at informing the nation about the company's achievements, capabilities and benefits for Myanmar when [or if] it is awarded the licence.

"Today, MTN connects nearly 200 million people in 22 countries. Whenever we launch in a new country, we bring with us sustainable, real transformation to that nation, its people, and the local economy. We would like to do the same in Myanmar, and are confident of the benefits we would bring," says MTN in a message published in various newspapers and broadcast on multiple radio stations in Myanmar.

"We are proud of this legacy, and we would be honoured to have the unique opportunity to make a meaningful contribution to Myanmar's socio-economic development," says Cele.

Among the benefits of having MTN as a mobile operator in an emerging market such as Myanmar is our contribution to job creation. MTN is the employer of choice and a leading corporate citizen in the vast majority markets where it operates due, in part, to the work of the MTN Foundations through which it drives it Corporate Social Responsibility programmes and gives back to communities.

MTN, explains Cele, is fully equal to - and in some instances larger than - some of foreign bidders it is competing with in Myanmar. "Whether you are talking of geographic scope, technical depth or size, we've got it. Our understanding of the complexities of emerging markets is borne out of our first-hand experience in rolling out and running networks in different environments, with logistical capability unparalleled by first world operators," says Cele.
Like Save Email Print PDF
Comment
Comment guidelines and disclaimer
LEGAL DISCLAIMER: This Message Board accepts no liability of legal consequences that arise from the Message Boards (e.g. defamation, slander, or other such crimes). All posted messages are the sole property of their respective authors. The maintainer does retain the right to remove any message posts for whatever reasons. People that post messages to this forum are not to libel/slander nor in any other way depict a company, entity, individual(s), or service in a false light; should they do so, the legal consequences are theirs alone. Bizcommunity.com will disclose authors' IP addresses to authorities if compelled to do so by a court of law.