28 Jul 2016 | Email | Print |  PDF
The United Nations World Food Programme (WFP) has begun a new round of life-saving relief operations in Malawi where as many as 6.5 million people - nearly 40% of the population - may require emergency assistance in coming months. This is set to become the largest ever emergency food relief operation in the country's history.
Malawi is one of the countries in southern Africa worst affected by El Niño-related drought. Its food security crisis is not only due to this year’s unprecedented drought but to the impact of severe flooding and prolonged dry spells last year.

Across southern Africa, as many as 18 million people will require emergency assistance in El Niño affected countries between now and March, with needs peaking in January. Of these, WFP is planning to reach 11.9 million people with food assistance. Malawi is one of half a dozen nations in the region which has declared drought-related disasters in recent months.

Malawi’s already strained food security situation is worsening following the most recent harvest which suffered widespread failure, particularly in the south. Some 80% of the affected people are smallholder farmers who rely on what they can produce to feed themselves and their families. This is a country with high levels of stunting – low growth for age – as a result of malnutrition, as well as high rates of HIV/AIDS infections and related deaths which have left many orphans and child-headed households.

“This is a dire situation, one that the world needs to take notice of right now before it’s too late,” said WFP executive director Ertharin Cousin who this past week concluded a three-day visit to Malawi. “I’ve talked with women in rural areas who told me they have enough food for just a few more weeks, after which they will have nothing. We must urgently assist the people of Malawi and those affected by the drought in neighbouring countries, before food insecurity spirals into hunger and starvation.”

WFP concluded its last round of food and cash-based relief in Malawi in April. Seasonal relief for the poorest and most vulnerable is normally offered between January and March at the height of the lean season - that period preceding the harvest during which domestic food stocks become increasingly depleted.

Following floods and drought last year, WFP responded to needs during the last lean season as early as October.  This year, however, emergency relief is starting now – that is because the lean season has already begun in many districts or is soon to start in others. The number of people currently in need in Malawi is two and a half times higher than last year, already a bad year.

For part of her visit, Cousin travelled with Dr Jill Biden, wife of the vice-president of the United States, Joe Biden, who has been visiting Malawi as part of a three-nation African tour focusing on economic empowerment and educational opportunities for women and girls, and on partnerships on global health and food security.

Biden and Cousin together visited a primary school in Zomba district where students receive WFP school meals which are funded by the United States Department of Agriculture. They met farmers whose harvests have suffered badly because of the drought. The WFP executive director also met vice president Saulos Chilima and other government officials.

“It’s very important that we save lives in emergency situations.” said Cousin. “But it’s also vital to offer people hope and opportunities so that they’re better able to withstand shocks and cope for themselves in the future. That’s why we’re working with government and other partners including the UN Food and Agriculture Organization on programmes like school meals and support for smallholder farmers – these are initiatives that change lives in the long-term.”
WFP’s regional funding requirements for the most drought-affected countries from now until April next year is US$ 535 million; US$217 million of this is required to cover Malawi’s needs alone. There is a particularly urgent need for funding for Malawi to ensure that food stocks can be procured, transported and pre-positioned before seasonal rains start in November, making many roads in remote areas impassable.
NextOptions
›
Email Print PDF 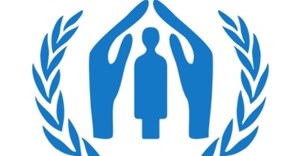 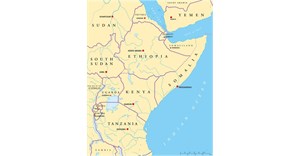 Climate is changing and so must food and agriculture17 Oct 2016 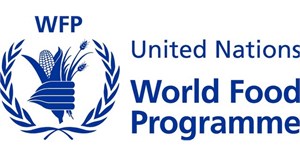