6 Jul 2022 | Email | Print |  PDF
By: Byron Kaye and Alun John
Volt Bank Ltd, the first exclusively online bank to gain an Australian banking licence, said it would shut down, returning deposits and selling its mortgage book after failing to raise sufficient funds to support the business. Its collapse is a further blow to a business model that the Australian government and regulators promoted heavily after a 2018 inquiry into misconduct in the finance industry led to a loosening of rules for new banking entrants.

Rising inflation and interest rates this year have made it harder for online-only banks, called neobanks in Australia, to compete with established lenders, making fundraising much more difficult.

Though the pandemic and Covid-19 restrictions triggered huge demand for home loans in Australia, the shift to working at home also prompted traditional banks to embark on a digital arms race, narrowing approval times for loans and eroding the competitive advantage of neobanks.

"We have considered all options but ultimately we have made this call in the best interest of our customers," Volt founder and chief executive officer Steve Weston said in a statement.

"The entire Volt team is deeply disappointed to have reached this point."

The company had A$113m ($78m) in deposits and A$80m of home loans as of April, according to government data, a tiny fraction of the A$3tn mortgage market. The company said no customer would be left out of pocket.

Volt is the third of four prominent neobanks that were approved in an initial wave by Australian regulators to fold or be sold, leaving just privately held Judo, which had $5.5bn in mortgages in April, government figures show.

A year ago, Volt raised A$85m, with mortgage broker Australian Finance Group (AFG) (AFG.AX) paying A$15m for an 8% stake. Volt returned to the market this February with hopes of raising another A$200m, a person with knowledge of the plans revealed.

AFG said in a statement it was disappointed about Volt's collapse but added its future earnings were not impacted.

The closing also affects customers of cryptocurrency exchange BTC Markets, for which Volt agreed last year to provide banking services. A "very limited amount of customer funds" were with Volt as part of a trial, BTC Markets said in a statement.

Some BTC Markets customers also had access to a Volt-run payment security system to transfer money. BTC Markets said it was contacting them to make alternative arrangements.

Volt's failure reflects a wider pressure on startups around the world that have taken on the financial establishment with promises of lower overheads, faster turnarounds and offerings that traditional rivals have resisted, such as buy-now-pay-later and cryptocurrency processing.

Digital challengers have struggled to break into mainstream banking in developed markets - where most countries have three to five banks controlling 80 to 90% of retail deposits - though those that had focused on niches like lower-cost cross-border transfers, had proven more successful said Zennon Kapron, chief executive officer of Singapore-based fintech consultancy, Kapronasia.

Challengers started up in Singapore this year, with more expected in Malaysia, following new entrants in South Korea and Hong Kong. Most online-only banks in Hong Kong were backed by mainland Chinese or international companies, so they "probably will not shut down their businesses until they are really up against the wall", Kapron added.

In Australia, just one in five financial technology - or "fintech" - firms has no plans to raise capital this year, a sign of increasing competition for investor funds, a KPMG report published recently said.

"A lot of the ... disruptors are seeing their models compromised because interest rates are rising," said Brian Johnson, a banking analyst at Jefferies.

"It really goes back to the big-scale incumbents, which is the major banks, and I think this is a trend that we're going to see continue to happen around the world." 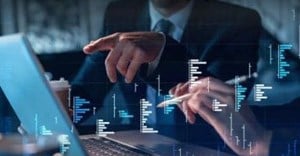 The key is remaining constructive on domestic bonds22 Jul 2022 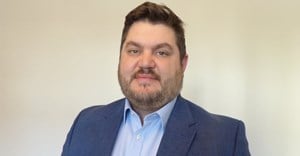 Peak inflation? Not yet for emerging markets, it seems21 Jul 2022 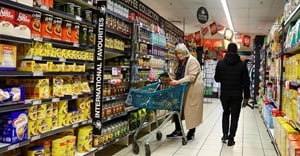