13 Apr 2012 | Email | Print |  PDF
DARMSTADT, GERMANY/PARIS, FRANCE: 3 May 2012 marks World Press Freedom Day, an opportunity to celebrate the gains and highlight the work still to be achieved in securing freedom of expression for the world's press. Material on show will include work by South Africa's Zapiro.
The World Association of Newspapers and News Publishers (WAN-IFRA) is making it easy for the world's media to commemorate the day, offering a wide-range of editorial and advertising materials for publication on or around 3 May. Thousands of newspapers publish WAN-IFRA materials each year to remind readers of the central role a free press plays in democracy and in economic, cultural, social and political development.

The essays, infographics, photos, political cartoons, public service advertisements and young reader materials on the theme, "Silence kills democracy, but a free press talks", can now be found at http://www.worldpressfreedomday.org (Embargoed for release on 3 May).

Newspapers world-wide are encouraged to view and download all or part of the materials, which are being offered in English, French, Spanish, German, Arabic and Russian and can be translated into other languages as well.

Acknowledging the importance of a free press

"World Press Freedom Day exists to acknowledge the importance of a free press and freedom of expression to society, whether emerging or well established," said Larry Kilman, deputy CEO of WAN-IFRA. "It is an opportunity to recognise the importance of what many take for granted - the daily news, produced by teams of courageous men and women who labour every day in the interests of their societies and of their readers."

Other materials include advertisements on the theme of press freedom and infographics that draw attention to the world's most dangerous areas for journalists. This year, the 3 May Poster Project also encourages young readers to explore freedom of expression issues in class. More information for students and teachers can be found on the site.

Between now and 3 May, exclusive editorial content will be added, so be sure to check the site regularly for the latest updates.

WAN-IFRA
WAN-IFRA, based in Paris, France, and Darmstadt, Germany, with subsidiaries in Singapore, India, Spain, France and Sweden, is the global organisation of the world’s newspapers and news publishers. It represents more than 18 000 publications, 15 000 online sites and over 3000 companies in more than 120 countries. The organisation was created by the merger of the World Association of Newspapers and IFRA, the research and service organisation for the news publishing industry.
Go to: http://www.wan-ifra.org 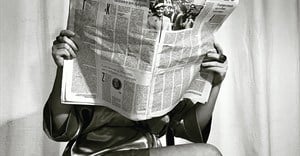 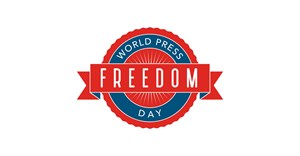 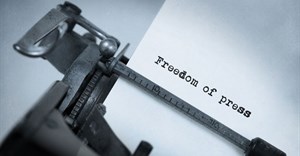