29 Jul 2011 | Email | Print |  PDF
CANNES, FRANCE: Reed MIDEM has named Anne Sweeney, Disney/ABC Television Group (DATG) president and Disney Media Networks co-chair, MIPCOM 2011 Personality of the Year, making her the first woman ever to receive the accolade. She will accept the award on Wednesday 5 October, during a gala dinner for industry executives. 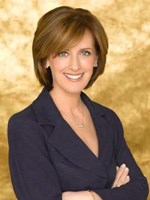 The 27th annual MIPCOM, the world's entertainment content market, will be held on 3-6 October 2011 at the Palais des Festivals, in Cannes, France, and Sweeney will give a keynote address on Wednesday 5 October, as part of MIPCOM's Media Mastermind series of presentations.

"I am so very honoured to be the recipient of MIPCOM's 2011 'Personality of the Year,' said Sweeney. "However the accomplishments which have led to this honour are not mine alone. They are the result of the tireless efforts of so very many talented colleagues. This event will allow me to acknowledge and celebrate everyone on the Disney/ABC Television Group and Disney Media Distribution teams, who not only create some of the most acclaimed and popular programming around the globe, but also continually develop new, innovative distribution methods that meet the ever-evolving needs of consumers."

Sweeney is active in organisations both within and outside the television industry and is a board member of A&E Television Networks, the Paley Centre for Media, the American Institute and the Special Olympics.
NextOptions
›
Email Print PDF