10 Jun 2013 | Email | Print |  PDF
The African Union celebrated the African Day of Borders, also known as Border Day, on Friday, 7 June 2103, at the AU Headquarters in Addis Ababa, Ethiopia, as well as officially launching the African Union Border Programme guidebooks.
The AU Commissioner for Peace and Security, Ambassador Ramtane Lamamra, presided over the event, and AUC officials, Ambassadors of AU Member States, members of the Diplomatic Corps, the Regional Economic Communities (RECs), experts on border issues, and other guests attended the event.

In his opening remarks, Ambassador Lamamra highlighted the importance of the AU Border Program (AUBP). He said, "it is clear that the AUBP is an important step in the commitment of the African Union to peace, security and integration. Its historical role is to help eradicate any tension at our borders and strengthen peaceful relations between our countries. The effective implementation of the AUBP by all Member States will help transcend boundaries as barriers to enhance their mission of bridges for the benefit of states and populations concerned".

The highlight of the event was the handover of border archives by the Ambassador of Germany in Ethiopia, Lieselore Cyrus, on behalf of the Federal Republic of Germany, to Ambassador Lamamra, in order to facilitate the implementation of the resolution AHG/Res. 16(1) on Border Disputes between African States adopted in Cairo in July 1964 by the Heads of State and Government of the OAU.

On her part, while handing over the border archives, Ambassador Cyrus, stated that "Borders are a priority for peace and security. This is why Germany has assisted the AUBP since 2009 to swiftly move forward, demarcating more borders, then the approximately 35 % of borders demarcated at present. With access to the historical documents from the national archives from Germany such as treaties, laws, reports and maps the delimitation of African Borders will be easier for the AU and its Member States".

The event was also marked by the official launch of African Union Border Programme (AUBP) guidebooks, facilitated through German support, featuring lessons learnt and good practices gathered from years of experience on delimitation and demarcation, creation and operation of boundary commissions, promotion of cross-border cooperation and settlement of border-related disputes starting from the era of the OAU to the AU. The books also provide African Union Member States with practical guides and reference material for all aspects of their border management.The series includes a collection of official texts on African borders, which have been issued between 1963 and 2012. The guidebooks are available in both English and French and constitute another milestone of the cooperation between the AU Commission and Germany.

The event highlighted the existing achievements of the AUBP in promoting borders as bridges - instead of barriers - and served as a platform to inform all African countries and partners about the availability of the archives, as well as the guidebooks, to serve the implementation of AUBP objectives.

This year, the celebration of the African Border Day takes place in the context of the 50th anniversary of the OAU-AU which is dedicated to the spirit of pan-Africanism and African Renaissance.
NextOptions
›
Email Print PDF 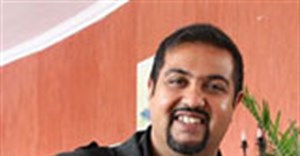