27 Sep 2021 | Email | Print |  PDF
By: Loucoumane Coulibaly
As heavy rains persisted across Ivory Coast's cocoa-growing regions last week, farmers polled by Reuters were divided on whether moisture levels would help the October-to-March main crop or nurture a crop-killing fungal disease.
The world's top cocoa producer is in its rainy season, which runs from April to mid-November when downpours are frequent.

Cocoa production requires heavy rain with intervals of sunny spells for growing and drying the beans. Too much moisture can damage immature pods or trigger a fast-spreading fungal disease called black pod.

Many Ivorian farmers have welcomed this year's exceptionally heavy rains, which could augur well for a longer, better-quality harvest. Others are worried crops will not fully dry without additional sunshine.

Farmers on both sides of the debate, however, expect the harvest to build momentum through October, peaking from November to January as pods mature. Authorities are due to set a new farmgate price for cocoa later this month.

"Everybody in the bush is waiting for the farmgate price. Farmers are expecting an exciting price," said Augustin Begnan, who farms near Soubre where 33.4mm of rain fell last week, 12.9mm above the five-year average.

In the southern regions of Agboville and Divo, where precipitation was also well above the average, farmers said the main crop could tail off early if the rains don't continue through the coming months.

Farmers in the centre-western region of Daloa and in the central regions of Bongouanou and Yamoussoukro had the opposite concern. Relentless rain has made it difficult to dry beans, which could begin to mould as early as next week, they said.

"The main concern at the moment is drying conditions," said Kouadio Kan, who farms near Yamoussoukro where 85.1 mm fell last week, 59.9mm above the average. 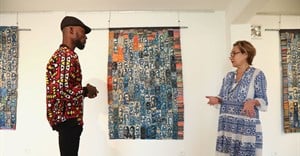 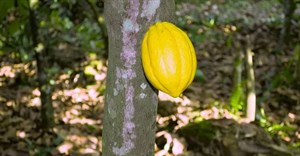 Ghana's cocoa farmers are trapped by the chocolate industry11 Oct 2019 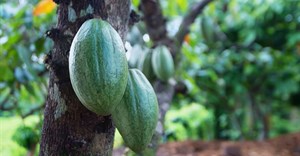 I.Coast freezes cocoa farmer prices due to falling rates3 Oct 2017
Republication of selected Bizcommunity content for non-commercial purposes is allowed if the original article is linked to with "Source: www.bizcommunity.com". Please click here for more information and to request permission.
Let's do Biz