9 May 2019 | Email | Print |  PDF
Two editors from Lebanon and South Sudan have been awarded the WAN-IFRA 2019 Award recognising exceptional leadership in the newsroom. Anna Nimiriano, editor-in-chief of the Juba Monitor in South Sudan, has been named the 2019 Africa Laureate. Acil Tabbara, senior editor at L'Orient du Jour in Lebanon has been named the 2019 MENA Laureate.
The WAN-IFRA's Women in News Editorial Leadership Award recognises an exemplary contribution of an Editor to her newsroom - and under her leadership the contribution of her newspaper - to society. The 2019 Laureates will be honoured at the 71st WAN-IFRA World News Media Congress and World Editors’ Forum taking place in Glasgow, UK, from 1-3 June 2019.

“I’m humbled and grateful for this award. Who would have known that a South Sudanese female journalist, the only female editor-in-chief in the country, operating in a difficult conflict zone would be recognised for her work,” said 2019 Africa Laureate, Nimiriano."To other female journalists in Africa and around the world, this award is for you.”

Nimiriano is a veteran South Sudanese journalist with more than 15 years of experience in print and broadcast journalism. Besides being one of the founders of Juba Monitor, a daily English publication, she currently serves as the editor-in-chief of the Juba Monitor, and has previously worked for the now-defunct Khartoum Monitor as editorial director and subsequently managing editor. She holds a Bachelor of Arts degree from college of Community Studies and Rural Development, University of Juba and a Diploma in Theology, Institute of Theology for the Laity.

On being named a winner, 2019 MENA Laureate, Tabbara said: “I dedicate this award to the brave and inspiring journalists who taught me so much, of whom many are women, exceptional women. I would like to tell the young and aspiring journalists: don’t think our profession is in decline, you are more needed than ever today in the Middle East.”

For more on the conference: https://events.wan-ifra.org/events/world-news-media-congress-2019/programme. Online registration for the World News Media Congress is available at www.events.wan-ifra.org.
Email Print PDF 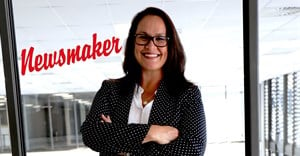