4 Feb 2019 | Email | Print |  PDF
Hino South Africa, which enjoyed a very successful 2018 in terms of vehicle and parts sales as well as customer and dealer satisfaction ratings, laid out ambitious plans for 2019 and beyond at a recent media briefing in Johannesburg. The company has identified a number of focus areas as it gears up to expand its operations and market share in a rapidly changing environment in the local and international truck markets.
One of the earliest developments is the restructuring of Hino SA which will include the establishment of a dedicated department to look after the extra-heavy-commercial segment of the market, which is showing significant growth and is vital for future sales expansion. It is already a sizeable market segment that continued to show strong growth in 2018.

Another development will be the introduction of Hinomatics, a locally-developed telematics system. It has been tested on Hino’s demo trucks as well as by several customers for two years and will be released later this year. A basic system will be fitted to certain Hino models and then it can be customised to suit specific customer requirements.

Another new arrival will be an updated, leading edge e-Hino communication system between Hino SA and its dealer network, which will be even more effective than its long-running predecessor.

This year will also see the fruits of a 24-month programme to offer price-competitive service and maintenance plans to customers, particularly those operating 300 and 500 series Hino trucks.

Another customer benefit will come in the form of the establishment of Hino Financial Services as an accredited finance house and not as a subdivision of Toyota Financial Services, as is the situation currently.

Training is seen as a vital component of meeting the challenges of trucking in the future and Hino SA has two innovative programmes planned.

One is recruiting learners from inside and outside the industry to undergo a year-long learnership as a truck sales executive in 2020, following a successful, similar course in 2017.

A new development is that 28 employees from Hino SA and some of its dealers will embark on an accredited supply chain management course this year, which will enable them to be valuable consultants to Hino customers in this vital aspect of the trucking industry in the 21st century.

There is not a great deal coming from Hino in terms of new product following the full model change Wide Cab 500 series launch last year, although a 1627 crew cab freight carrier will be added to this range in March with a choice of automatic or manual transmission.

A development that is being welcomed by buyers of Dyna light trucks is the availability of a wide range of customised accessories for this very popular model range, which is sold by both Hino and Toyota dealers.

Hino is currently concentrating on adding more standard safety and driver-support features to its trucks and these benefits will flow into the local market in the future.

Vice President Trautmann made some interesting comments on future plans for Hino both globally and here in South Africa in terms of alternative fuel models. This will include number of Hino 300 diesel-electric hybrids being put into operation locally in a controlled environment.

By 2025 Hino plans to have four alternative fuel platforms for its trucks, being diesel-electric hybrids, plug-in hybrids, pure electric power, and hydrogen fuel cells. Relevant models will be considered for introduction in South Africa.

Meanwhile strategies are in place to lift Hino SA’s BBBEE rating from its current Level 7 to Level 4 by 2021, with dealers being assisted to improve their ratings too.

Looking further into the future, Trautmann said Hino SA was being motivated by the slogan for the upcoming Tokyo Olympic Games in 2020, which is Start Your Impossible.

Hino is adapting this motivating theme, together with the slogan Hino Reborn, to back its expansion strategies going forward to 2025. Here in South Africa the targets are to sell 7,550 trucks a year by 2025, together with 150,000 service units annually and R800m in annual parts turnover.

Already parts stocking profiles are being developed for each Hino dealer in SA to ensure parts stocked are those required most often in terms of the dealer’s business model, thereby contributing to even better customer service levels.

“We know we are aiming high with these ambitious plans, but we know they are vital to improving our situation here in South Africa so are determined to make them happen,” concluded Trautmann.
Email Print PDF
Read more: Hino South Africa, Hino Motors 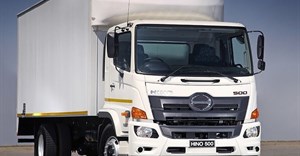 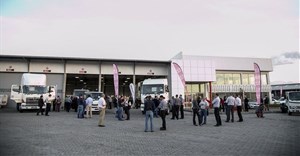 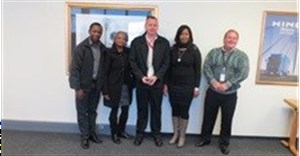 Toyota's CEO stresses importance of Hino Trucks6 Jun 2014
Republication of selected Bizcommunity content for non-commercial purposes is allowed if the original article is linked to with "Source: www.bizcommunity.com". Please click here for more information and to request permission.
Let's do Biz