5 Sep 2011 | Email | Print |  PDF
NUREMBERG, GERMANY: The overall market for Technical Consumer Goods (TCG) in Western Europe recorded a sales volume of €41.8 billion* in the second quarter of 2011. This is a decrease of 5.1% compared to last year's figures.

Despite this, Information Technology (IT) is still on track, registering a sales increase of 5.7%, while the Telecommunication and Small Domestic Appliance (SDA) markets remained stable. On a country level sales in Germany, Austria and Netherlands were higher than in the second quarter of 2010. These are the findings of GfK TEMAX Western Europe.

With a 5.7% rise, the IT sector is the strongest in terms of growth in the second quarter of 2011. Telecom and SDA markets maintained their performance with growth rates of 0.8% and 0.2% respectively. However, this was not enough to push the total market into positive territory. All in all, sales are 5.1% below last year's level. Consumer Electronics (CE) experienced the most severe decline, although this was primarily due to the exceptional figures recorded in 2010: Thanks to the FIFA World Cup TVs, the most important product group in revenue terms, witnessed record sales last year.

Although IT markets are currently experiencing very heterogeneous developments, there was a total sales growth of 5.7% in the second quarter of 2011. Private consumer IT markets recorded growing demand for a series of niche products. This led to double-digit growth rates in Austria, Germany and in particular the Netherlands, compared to the second quarter of 2010. In Portugal, Greece and Spain however, demand is suffering as a result of the difficult economic situation and unsettled consumers.

Tablet PCs are currently the hot topic for private consumers in all Western European countries. Consequently high growth rates are expected over the next few years. In the B2B sector, cloud computing and PC replacement purchases boosted demand in the second quarter of this year.

Despite restrained consumer sentiment in Western Europe, the Telecom sector witnessed a minor increase of 0.8% in the second quarter of 2011 in comparison with the same period of last year. This is primarily attributable to the boom in demand for smartphones. The trend is clearly moving away from standard mobile phones to multimedia devices; which make accessing the internet easy and appealing. The mobile accessories segment - including products such as cases and protection covers - also profited. Stereo headsets are also showing increased demand.

On a country level developments varied greatly. While the Telecommunication market in Germany more or less stagnated in the second quarter, double-digit growth rates were recorded in the Netherlands, Austria and Belgium. In contrast, the Southern European markets of Spain, Portugal and Greece struggled with the economic crisis and recorded negative growth rates.

Western European consumers spent a total of €3.3 billion on Small Domestic Appliance (SDA) products in the second quarter of 2011. This corresponds to a slight rise of 0.2% in comparison with the second quarter of 2010. The Austrian, German, Belgian and French markets all ended the quarter with single-digit growth in value terms. Greece suffered the biggest loss.

A look at the different product groups shows that the strong growth of the fully automatic espresso machines and portioned coffee/espresso machines market had a positive impact on the performance of the whole European SDA market. Traditional filter coffee makers on the other hand, were in less demand than during the second quarter of 2010.

Overall, the Major Domestic Appliances (MDA) segment in Western Europe registered sales of €7.4 billion in the second quarter of 2011, which corresponds to a negative growth rate of 1.5% on 2012. The reasons for this negative growth were the considerable declines in Spanish, Portuguese, Italian and Greek markets, as these countries continue to feel the effects of the European financial crisis. In contrast, robust growth was recorded in Germany, followed by moderate growth in Belgium and the Netherlands.

In the washing machine and tumble dryer segments, the trend towards energy efficient appliances A+ (and higher) progressed in the second quarter of 2011. Furthermore, consumers in Western Europe continued to buy larger capacity washing machines and dryers in an aim to reduce the number of wash and dry cycles. There was also a remarkable sales increase in heat-pump dryers in Western Europe.

In the cooling and freezer segment, no-frost technology was more popular in the second quarter of 2011 than in Q2 2010. This is particularly evident in the cooling sub-segment fridge-freezers (cooling 2-door bottom freezer).

Energy efficiency also had an impact on dishwashers, where the sales in the second quarter of 2011 show a clear shift towards low consumption appliances which use less than 10 litres of water per wash program.

The Photo market in Western Europe showed a decline of 6.3% in value in the second quarter. In view of the stable development in Germany, this negative growth was mainly influenced by strong declines in the Spanish, Portuguese, Italian and Greek markets, as well as moderate declines in the remaining European countries. There were also negative trends for digital cameras and imaging picture frames, with imaging accessories also showing a slight decline.

Digital cameras performed well in terms of sales value, with compact system and SLR cameras demonstrating good results. Accessories posted a similar trend, with interchangeable lenses performing especially well and tri-pods equally as good, as consumers increasingly use digital cameras to make their own films. This change in usage habits is also reflected in the main camera segment itself, as more and more consumers are using features such as HD and fold-out screen displays.

Total sales of the Western European Office Equipment and Consumables (OE) market amounted to €3.9 billion in the second quarter of 2011; this is a year-on-year decrease of 7%. All countries showed decreases in this sector; however the extent of declines differs considerably from country to country. While Germany and Austria only suffered a slight value decrease, the Mediterranean countries declined by double-digits in the second quarter of 2011.

On product group level laser printers were in high demand; however the value trend was negative. Besides the increasingly unstable economic surroundings in many European countries, this decrease in value was also caused by a price drop on many devices. In contrast, the market for multifunctional colour laser devices witnessed a double-digit increase rate in the second quarter.

Office consumables, inkjet cartridges and laser toners are all suffering from losses. Suppliers of discount brand toner cartridges and refillable cartridges are also fuelling this development.

In spite of the continued negative value growth rate for inkjet multi-functional devices, GfK Retail and Technology expects a positive turnover trend as a result of stable average prices.

Western European consumers spent €8.6 billion on CE products in the second quarter of 2011; this is a year-on-year decline of 21.7%. Looking back to 2010, TV appliances, the most important product group in terms of revenue, undoubtedly profited from the FIFA World Cup. When comparing figures to 2009, a year without any major sporting events, the demand for TV appliances shows strong growth. Despite the overall declines within the CE market, positive signals can be noted in almost all segments. For instance, LED TV sets are particularly sought after thanks to their sleek design and innovative technical features. Consumers are also investing more and more in LCD TVs with larger screens. In addition, consumers are purchasing Flat TVs more regularly, as HDTV, 3D and internet capabilities offer new incentives to buy.

Crises within the European and American financial markets, combined with growing uncertainties and consumer resistance are leaving their mark on the Western European market for Technical Consumer Goods, with Greece, Spain, Portugal and Italy most affected in quarter two. On the other hand, Germany, the Netherlands and Austria have all shown positive developments. Efficient appliances with technological and ecological added value, as well as products which appeal to consumers emotionally currently have the best growth opportunities. GfK
The GfK Association was established in 1934 as a non-profit organization for the promotion of market research. Its membership consists of approximately 600 companies and individuals. The purpose of the Association is to develop innovative research methods in close cooperation with academic institutions, to promote the training and further education of market researchers, to observe the structures and developments in society, the economy and politics that play a key role in private consumption, and to research their effects on consumers. Survey results are made available to the membership. The GfK Association is a shareholder in GfK SE.
Go to: http://www.gfk.com
Don't miss BizTrends2022 - 7 keynote speakers forecast trends shaping business in our region! Register now! 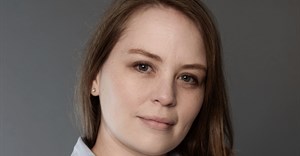