Airtel ONE8: One of the world's top music marketing campaigns

23 Feb 2012 | Email | Print |  PDF
CANNES, FRANCE: MIDEM, which takes place annually in Cannes, France, this year unveiled Airtel ONE8 as one of the top two most creative and innovative marketing campaigns worldwide competing against hugely acclaimed agencies and global brands such as American Express and Converse, amongst others.

"We are excited about Airtel One8's global recognition," says Andre Beyers, chief marketing officer, Airtel Africa. "This demonstrates the international appreciation and recognition of our commitment to use music as a common language to bring harmony, in every sense, within the African continent. We need to keep celebrating the rich talent and diverse culture in Africa through music. This is why the Airtel One8 project is extremely important to us; we will continue to use the power of music to forge a cultural connection between Africa and the rest of the world."

"We are thrilled to have received this level of recognition on the world stage with the Airtel ONE8 project. This truly showcases the power of music combined with connectivity and mobile telecoms and is testimony of the magic between music and connectivity, that anything is possible and by linking Africa through music and mobile and the powerful exchange that follows enables dreams to come true" noted Jandre Louw, CEO of ROCKSTAR4000 Music Entertainment.

Sean Watson, managing director of Sony Music Entertainment Africa remarked: "We are enormously proud of what has been achieved and honoured to have been part of a project that has garnered such a prestigious accolade. It is highly gratifying to see music make the unique kind of difference it has to a project like this. The invaluable role of music in the future continues to be exposed by the efforts of those who recognise and reward its value-adding inclusion in brand enhancement."

Conceived by Airtel & ROCKSTAR4000 Music Entertainment in partnership with Sony Music the 'Airtel ONE8' project was driven by a collaboration between internationally renowned recording artist R Kelly and eight of Africa's biggest recording artists including Nigeria's 2Face, Uganda's Navio, Zambia's JK , Tanzania's Alikiba, Ghana's 4x4, Gabon's Movaizhaleine, Fally Ipupa from DRC & Kenya's Amani Collectively they formed the supergroup 'Airtel ONE8'. The theme song Hands Across the World was written & produced by the most influential global R&B superstar of the last 25 years (source: Billboard), R. Kelly in close association with the African members of the group, all of whom added their own unique sound and flavour. Executive Production was provided by ROCKSTAR4000.

Airtel ONE8 achieved phenomenal success across Africa and around the world within a very short timeframe. It was named one of the 'Best Bets For 2011' by global music industry authority, Billboard. This Billboard list is an annual forecast of upcoming artists that are destined for global success. The list included Grammy award-winner Taylor Swift & past lists included U2, Drake & Keri Hilson. 'Airtel ONE8' was featured by CNN and a special documentary by BET Networks / Centric worldwide was aired in 2011. Major radio and TV Chart success across Africa was achieved, and participating artists received recognition from presidents of countries in Africa. The project, its music and artists was embraced and connected to by hundreds of thousands of fans and consumers across the African continent and beyond.

Short for Marché International du Disque et de l'Edition Musicale, MIDEM is reputed to be the world's largest music industry trade fair, and has been held annually at and around the Palais des Festivals in Cannes, France, since 1967. Bringing together musicians, businesspeople, cultural policy makers, and journalists from many countries, it aims to provide a forum for business talks, discussing political and legal issues, and showcasing new artists, musical trends and music-related products.

Contagious, the ad industry's authority on creativity & innovation has picked the Top10 companies and campaigns from around the world for the year 2011. The esteemed panel reviewed some of the most impactful campaigns of which 23% came from transport brands, 21% from major retail names, 19% technology brands, 17% from the luxury and beauty sector, 7% from entertainment, 7% leisure, 4% finance and 2% from institutions. These TOP10 campaigns announced all have one thing in common: a strong musical element, through the use of a synchronisation, artist/brand endorsement, live sponsoring, talent discovering or creating a record label.

Hands Across the World - AIRTEL ONE8 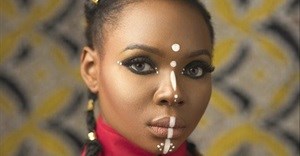 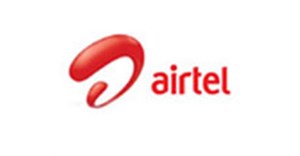 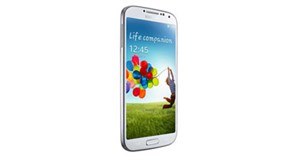 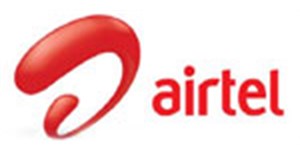