5 Aug 2015 | Email | Print |  PDF
By: Priya Pitamber
The streets of the sprawling Egyptian capital will soon also add female taxi drivers, catering to female passengers only, to the traffic mix. Pink Taxi Egypt will offer women an alternative in an industry dominated by men; it will also be a possible solution to the harassment women experience.
"We are currently working on receiving the necessary permits and preparing cars to start operating as soon as possible," Pink Taxi Egypt (PTE) founders wrote on their Facebook page in June.

"Our cars will be convenient and safe for female passengers... and will be easily identifiable. Each car will have a specific code for more safety and reassurance."

Harassment is a serious concern in the northern African country. In 2013, a UN report revealed that 99.3% of women in Egypt had been subjected to one form or another of sexual harassment, reported news website Al-Araby al-Jadeed English.

Women have taken to social media to welcome the idea, with many wondering if the service will be available where they live.

"I've always been a huge fan of the concept, I'm thrilled it's finally in Egypt," wrote Sunny Side Up on the PTE Facebook page. "Good luck and hopefully females will be safer in this harsh country."

Marlin Moawed wrote it was a great idea because "regular taxi drivers are very aggressive against women".

Anne Edelstam said it was an excellent idea. "Women of Egypt: you rock!"

It's not a solution

Many people, including men in the taxi industry and a gender equality group have criticised the idea of female only taxis. The Egyptian Centre for Women's Rights (ECWR) released a statement slamming PTE, and refused a request to consult with the taxi organisation.

The women's rights group said it was "troubled and disappointed by a project study conducted for the establishment of women-only taxis similar to the women-only cars in the Metro.

"ECWR considers such a project as segregation towards women and a naive attempt to solve a problem that will in turn have dangerous effects on social and security problems."

It said the solution to harassment and gender-based violence required hard work, proper planning, and studying the root causes, as opposed to creating areas designated for women that restricted and isolated them.

Male taxi drivers said women made up a small number of passengers. "This project is going to fail," Yasser Emam, a male taxi driver, told news website, Anadolu Agency. "How many female passengers are going to take these pink taxis every day?"

The idea of female taxi drivers is not an entirely new idea in Egypt. Nour Gaber started driving a taxi in 2009 after she and her husband separated and she became the sole support of her three children. Even though she is an agricultural engineer, she was unable to find a job in that field.

"To pay the bills she bought a taxi and hired it to a male driver," wrote British newspaper, The Guardian. "When he proved to be unreliable, Gaber decided she could make more money driving it herself."

She described the taxi industry as a masculine society. "They always say women belong to the houses and the kitchen," explained Gaber to The Guardian. "People often point at me and say: 'Female taxi driver!'"

She would like to obtain funding to set up an academy to train women to join her in the industry and teach them about driving technique, customer service, mental strength and car maintenance, as well as English lessons.

"I don't just want to be an experiment, and nothing more," said Gaber. "I want to create a centre so that women won't have the difficulties that I had - and so that society might accept women working in a 'male' profession, and might even be better than men at it."

Change was coming, although slowly, she said. "If I focus on people telling me it's the wrong thing to do, there will never be a change. These days need the hands of women as well as men - and while it might be hard in the beginning, society will accept it eventually."

As her good reputation - for punctuality and reliability - spread through the streets of Cairo, she garnered a steady client base that includes charities and rights groups, such as Amnesty, which employ her on a private basis.

But thinking back to when she started, Gaber recalled it felt like she was doing something shameful. "Everyone looked at me. But after a while I felt encouraged by them, and this fear I had inside of me started to decrease," she said. "In the end I found that our society will accept the driver whether it's a woman or a man."
NextOptions
›
Email Print PDF

MediaClubSouthAfrica.com
MediaClubSouthAfrica.com is hosted by the International Marketing Council of South Africa (IMC), the custodian of Brand South Africa. The site is a free service for all media professionals - journalists, editors, writers, designers, picture editors and more - as well as for non-profit organisations and private individuals. Its specific focus is on South Africa and Africa.
Go to: http://www.mediaclubsouthafrica.com/
Don't miss BizTrends2022 - 7 keynote speakers forecast trends shaping business in our region! Register now! 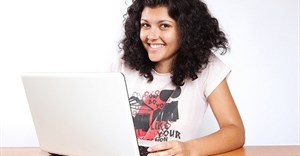 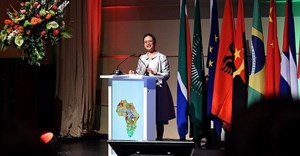