13 Oct 2022 | Email | Print |   PDF
By: Ange Aboa
Cameroon and Nigeria have requested to join the Cote d'Ivoire-Ghana Cocoa Initiative (CIGCI), a joint body spearheading the interests of the two countries in the international cocoa trade, its top official said on Wednesday. A farmer prepares to collect a cocoa pod at a cocoa farm in Alepe, Ivory Coast December 7, 2020. REUTERS/Luc Gnago//File Photo

The initiative was set up after a 2018 declaration by Ivory Coast and Ghana, the world's two largest cocoa producers, to define a common sustainable cocoa strategy that would raise prices paid to farmers.

It aimed to include other African countries.

Representatives from Nigeria and Cameroon, the world's fourth- and fifth-largest cocoa producers, were invited to a CIGCI meeting in Abidjan to begin the process of joining the initiative, its Executive Secretary Alex Assanvo said.

"It is also the start of the accession process that will eventually allow their integration into our initiative," he told reporters after the meeting.

A special assistant to Nigeria's ministry of agriculture, Akeju Olagbaju, said the country was ready to join the initiative to improve farmers' revenues and create a "single voice to face the cocoa industry".

Ivory Coast and Ghana accuse cocoa buyers of negotiating down so-called origin differentials - the premium for the coming month that chocolate-makers and cocoa merchants will pay for high-grade cocoa.

The CIGCI in May took a drastic step to publish these differentials in a bid to bring greater transparency to the process.

"With Cameroon and Nigeria we are going to represent around 75% of global cocoa production," Yves Brahima Kone, chief executive of the Ivory Coast Cocoa and Coffee Council, said at the meeting.

"This will allow us to have more leeway in discussions with the industry on imposing a decent price for our cocoa farmers." 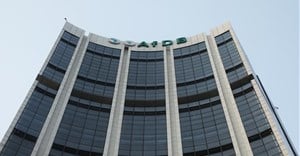 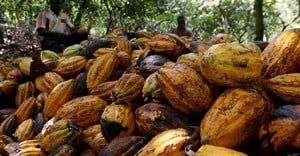 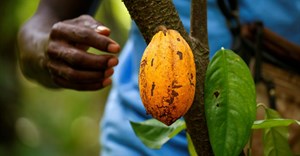