By: Tom Jackson
Pay-as-you-go (PAYG) solar is a big deal in Africa, with companies like M-KOPA Solar and PEG Ghana making waves. Over in Uganda, another such company is seeing significant success from the model, even without external investment. Pay as you go solar power

Launched last year and headquartered in Kampala, Solar Freedom Africa is on a significant growth curve. It is active in 32 districts in all four major regions of Uganda, and has sold almost 35,000 solar units.

The startup assembles and produces affordable and durable solar systems which are paid for on a PAYG basis via mobile money or off-network methods. It offers a variety of products, from basic solar lanterns through to those capable of charging phones and powering other devices.

Executive director Ronald Isabirye told Disrupt Africa the self-funded Solar Freedom Africa was seeking funding to expand its production and assembly line in Uganda, but had seen significant uptake via employing teachers and women groups as commission agents. The popularity is due to the vast shortage of power in Africa, where over 600 million people have no access to electricity.

“This problem has mainly been attributed to the fact that most developing economies in Africa are still constrained by finances and corruption to extend the national electricity grid especially to rural areas where poverty thrives,” Isabirye said.

“Alternative energy sources led by solar energy have also had major challenges which include durability, affordability and limited flexible instalment payment options, meaning that little has been achieved in solving the problem and thus made it to persist.”

Solar Freedom Africa’s model, like that of M-KOPA Solar and others, looks to overcome these challenges. But Isabirye said his company differs in some ways from its competitors.

So flexible are the company’s payment options it has seen great uptake even without financial backing, with Isabirye saying he plans to take Solar Freedom Africa into the Democratic Republic of Congo (DRC) next year, and South Sudan and Burundi in 2018.

Over the next two years, he said, the startup aims to hit a break-even point, and maintain sales growth of 23%. Solar Freedom Africa will also strive to continuously introduce new products which help customers to have a better experience.

“Within the next two years of full scale operation, we shall be able to control more than 28% of the market share for pico solar systems in Uganda,” Isabirye said. He said he was passionate about the problems around power provision because of his own past.

“I grew up in a remote rural setting in eastern Uganda which is off the national electricity grid, and I recall memories of studying and doing household duties using a kerosene lamp,” Isabirye said.

“I personally witnessed a number of fire outbreaks in homes which resulted from burns of kerosene lamps and on some occasions it involved loss of lives.”

This has made him “determined” to encourage a change. And, so far at least, Solar Freedom Africa is playing its part in doing so.

For our startup, entrepreneur, and investor friends alike, our mission is to provide practical information and advice from across Africa’s varied vibrant markets, and to promote engaged and thought-provoking discussion about the exciting ecosystem we belong to. What does it mean for technology to be innately African?23 Jan 2017 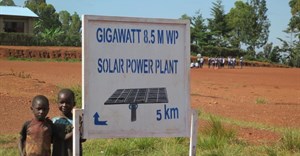 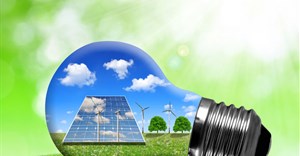 Africa looks to solar for communities off the grid21 Nov 2016 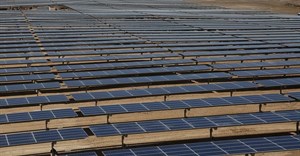