Africa has the potential to be an economic powerhouse

18 Nov 2019 | Email | Print |  PDF
Africa needs to look towards new revenue streams and more collaboration between African nations, said former Prime Minister of Haiti, Laurent Lamothe, who took part in MEDays.
MEDays is an annual international forum in Tangier, Morocco. Under the patronage of King Mohammed VI and organised by the Amadeus Institute, the Forum is considered a strategic meeting for global players involved in the geostrategic, political, economic and social spheres of southern countries.

Lamothe, known as Haiti's most successful and longest-serving Prime Minister, participated as a panellist sharing his expertise in government, stressing that both North-South and South-South cooperation in Africa is vital. However, the continent also needs to look towards new revenue streams and more collaboration between African nations.

He noted that Africa has recently seen increased cooperation between South-South nations as well as Triangular cooperation from emerging economies, such as Arab countries, BRICS (Brazil, Russia, India, China, and South-Africa), Korea and Turkey. Therefore, it is crucial to encourage and promote South-South (including Triangular) cooperation, to enable African countries to benefit from the sharing of experiences, technical assistance as well as collaboration on the part of other developing and emerging countries.

However, this is not going to replace North-South cooperation. Countries in the north dominate FDI in Africa. Africa escaped the global decline in foreign direct investment (FDI) as flows to the continent rose to US$46 billion in 2018, an increase of 11% on the previous year, according to UNCTAD's World Investment Report 2019.

"It is not a matter of prioritising, either North-South or South-South cooperation. Both play a critical role in Africa's development. Africa has the potential to be an economic powerhouse, and I believe this to be true. The recent launch of Africa’s first smartphone and the rapidly growing technology sector across the continent is a testament to this," said Lamothe.

It is critical to ensure that the people of Africa benefit from FDI in a sustainable and meaningful way, and that FDI alone is not a solution. African nations should also be looking to unlock new sources of revenue so that it can partly fund its development.

Lamothe has, for many years, advocated for the use of Innovative Financing to support the funding gap that large development projects create. Innovative Finance is sustainable and secure, uses a country's resources by placing nano levies on transactions. Some of these activities are financial transactions, mobile telecommunications, airline tickets and many others, creating dependable new revenue streams.

"Another aspect of Africa's development is public-private partnerships. My experience in government and the private sector has taught me that government's function better with private sector support and vice versa. When the two work together so much is possible," concluded Lamothe.
NextOptions
›
Email Print PDF 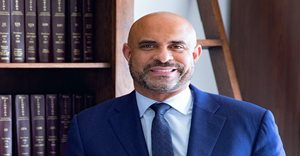 Africa's informal sector can contribute to the formal economy18 Oct 2019