6 Jun 2022 | Email | Print |  PDF
By: Thiam Ndiaga and Anne Mimault
Architect Diebedo Francis Kere, recognised globally for his innovative, sustainable designs, was feted as a hero in Burkina Faso over the weekend, on his first hometown visit after getting the profession's top award. Francis Kere, an architect who won Pritzker Prize, poses for photograph in his house with his father's and his daughter's pictures in Gando, Burkina Faso. Reuters/Anne Mimault

From a car sunroof, Kere, the first African and Black winner of the Pritzker Architecture Prize, brandished his gold medal to cheering roadside crowds as he headed to Gando in the dusty southeast corner of the poverty-striken West African country.

Locals gave him hugs and regaled him with music and dance.

Gando had no school when Kere, 57, was growing up. The son of the village chief, he left at a young age to attend school in the nearby town of Tenkodogo and was the first in his community to receive an education.

He returned to visit two schools he designed that were built using local materials and labour, with an emphasis on combatting the region's crippling heat.

The buildings' wide, flat roofs are attached to narrower buildings below by a lattice of metal rods that resemble the habit of the acacia trees that dot the surrounding landscape. The generous shade and thick walls keep out the heat.

"I have a feeling of great gratitude and satisfaction from seeing that all the efforts that we have produced together, the work that we did together, is recognised and the people are proud of it and realise that we did a good job."

Kere splits his time between Burkina Faso and Germany where he studied and established his practice.

The first building he designed was the Gando Primary School. He later added teachers' housing and a library, and the student body has grown to some 700 students.

Kere went on to design schools, health facilities and public spaces across Africa, Europe and the United States.

The Pritzker, often referred to as the Nobel Prize of architecture, has been awarded annually to visionaries such as China-born I.M. Pei, British-Iraqi Zaha Hadid, and Renzo Piano of Italy. 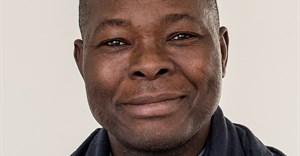 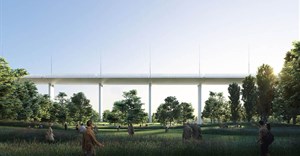 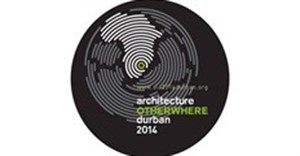