8 Sep 2021 | Email | Print |   PDF
Images have been revealed for the Zanzibar Domino Commercial Tower that will reportedly become the second tallest tower in Africa and the biggest hotel in East and Central Africa after the Iconic Tower in Egypt. Expected to cost $1.3bn, the commercial tower will be situated on a human-made island off the west coast of Tanzania's Zanzibar archipelago. The 70-storey tower is designed by New York City and Dubai-based firm xCassia and will be developed through a joint venture between Tanzania’s AICL Group and Edinburgh Crowland Management Ltd.

The design of the Zanzibar Domino Commercial Tower is inspired by the shape of stacked dominos. The tower will be composed of 360 individual keys and will cover a total of 1.2-million-square-feet, comprising 560 units that will create two branded residences and a five and six-star hotel.

The tower will also feature other amenities like resorts, a wedding chapel that can be accessed privately by either helicopter, boat or by bridge. 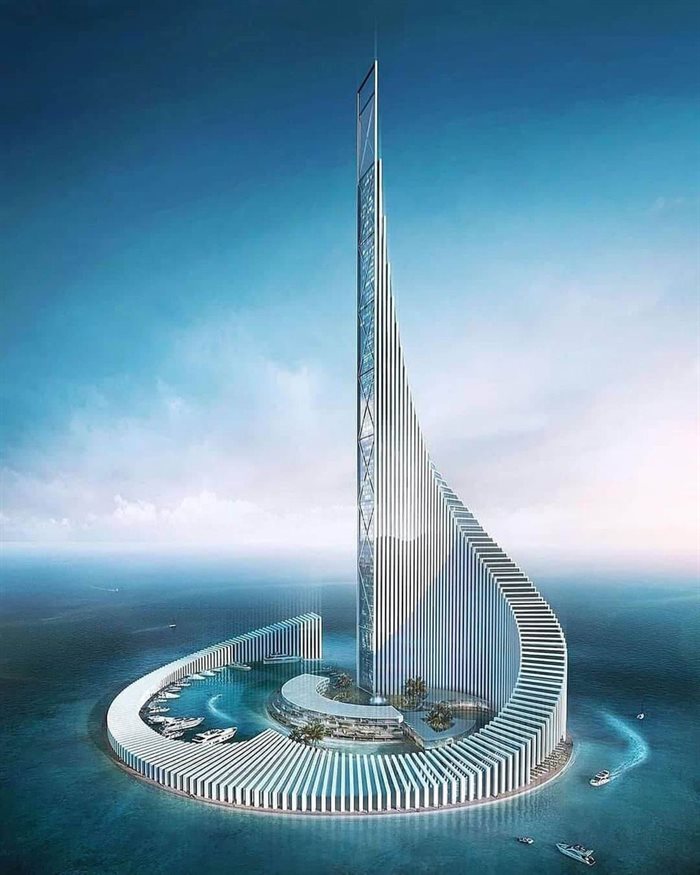 In a press statement, xCassia stressed that the Zanzibar Domino Commercial Tower will become a key tourist spot and offer visitors, residents and businesses entertainment, culture and conferencing services.

Construction is expected to take four years once the proposed project starts.