Lauren Shantall, Scout PR & Social Media director, shares her lockdown lessons and how Scout is navigating the lockdown in stages by keeping hope alive and preparing for the new normal...

Visitors to Decorex Cape Town, which took place recently at the CCITC, witnessed a line-up of creative inspiration and a variety of interactive installations, under the show theme: Take It Home, Make It Home...

Lauren Shantall, director of Lauren Shantall Integrated Communications, is one of the two finalists in the annual Cape Regional Business Achiever Awards of the Business Women's Association (BWA) of South Africa...

Plascon has launched a coatings-specific website that offers expert paint advice, systematic how-to instructions, coatings solutions and DIY inspiration. It follows on from the success of Plascon Trends, which was launched in May 2012.

Five world-renowned artists will paint six large-scale murals as an ode to Johannesburg this September and October. I ART JOBURG, presented by adidas originals, will have 540 litres of paint donated by Plascon to support the project.

At the third quarter Trend Talk, taking place tomorrow, 8 August 2012, at the Plascon Freeworld Design Centre, Cape Town, Lauren Shantall will launch the Plascon 2013 Colour Forecast. Prior to the Trend Talk, Plascon in conjunction with Decorex will be presenting the Design Dialogue where Leatrice Eiseman, director of the Pantone Colour Institute, will talk on colour trends and endorse the 2013 colour forecast.

On July 18, in celebration of Mandela's birthday, Plascon added colour to the lives of those less fortunate by sponsoring paint to the value of more than R350 000.

One of the world's leading colour gurus, as well as a host of South Africa's top décor, trend and design experts, are on the line-up for the Decorex Design Dialogue conference series taking place next month.

Based on the rate of change in the PR and communications space and the growth in the digital field, Plascon has elected to take its PR function in-house.

Thabo Leshilo recently joined the Fleishman-Hillard team as a director, bringing with him knowledge of the media industry and business environment gained over two decades as a reporter, editor and columnist. Meanwhile, Plascon has appointed Lauren Shantall as its social media and PR manager, following her two-year-stint at the Free World Design Centre - a division of Plascon.

In support of the third annual Toffie Pop Culture Conference and Festival taking place at the Cape Town City Hall from Friday, 30 March to Sunday, 1 April 2012, Plascon has sponsored eighty litres of brightly coloured Plascon Polvin, Cashmere and Double Velvet for a series of inspiring city-wide street murals stretching from Woodstock through to Khayelitsha.

To produce a series of inspiring city-wide street murals, stretching from Woodstock through to Khayelitsha, in support of the third annual Toffie Pop Culture Conference and Festival, Plascon has sponsored eighty litres of brightly coloured branded paints.

The Freeworld Design Centre is a recently opened centre in Cape Town, staffed by a team of décor consultants who are dedicated to offering clients and industry professionals coatings design solutions.

It’s official - a condom applicator has just been selected as ‘the most beautiful object in South Africa’ by Jurgen Bey, a leading Dutch product designer and a speaker at this week’s Design Indaba Conference, 21 - 23 February 2007, at the Cape Town International Convention Centre. Roelf Mulder of …XYZ Design, a Cape Town product design consultancy, designed the applicator. 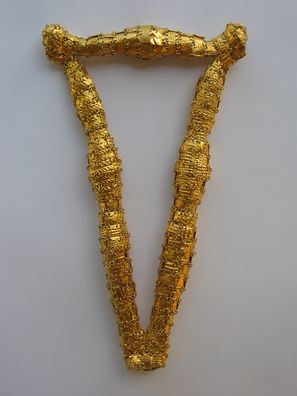 The best of local beauty at Design IndabaGallery

Get it on at Design Indaba ExpoArticle

A simple condom applicator, designed by a Cape Town product design consultancy and already selected for the permanent collection of the Museum of Modern Art (MOMA) in New York, is just one example of hundreds of innovative local designs to be showcased at the Design Indaba Expo this week.

At least 66 leading international retail buyers, from countries as diverse as the US, Sweden, Australia, Japan and France, will converge next week on the Design Indaba Expo in Cape Town, 23 - 25 February 2007. Over 112 retail buyers will attend in total, if 46 South African representatives of local brands are also included.

Nineteen creative companies, mainly BEE and women-owned, will show their design products and services at this year's Design Indaba Expo in Cape Town, thanks to nearly R700 000 funding from the Department of Trade and Industry (the dti). The dti will, in addition, bring 15 international retail buyers to the expo, as part of an ongoing programme to boost exports of local designs.

Scan Display was the official service provider for this year's Design Indaba Expo, hosted at the Cape Town International Convention Centre from 24 to 26 February 2006. At this year's show, Scan broke away from the traditional exhibition floor plan of rows of cubicles, with a design resembling the layout of a European city.

In the eye of the beholderArticle

A panel of experts has nominated 18 of the most beautiful objects in SA, with sponsorship by the Department of Arts and Culture, and the most beautiful of them all will be announced on Thursday 23 February by international designer and Design Indaba Conference speaker Tom Dixon.

The 'design economy' is a growth catalystArticle

For the 15th year in a row, the Mondi Magazine Awards last night, Wednesday, 18 May 2005 took the pulse of magazine journalism, design, and photography in South Africa.