How fintech is breaking down barriers in the EU

By: Boris Dzhingarov, Issued by: Monetary Library
When thinking about financial technologies, it is natural to assume the term stands for recent developments. Fintech, however, is not a newcomer, but has been a column of the financial industry for the past 60 years or so.
One of the very first developments in this field were the credit cards, which were meant to replace the bills and coins taking up space in wallets and purses. In the 60’s, the first ATMs arrived on the scene, servicing clients around the clock in different locations. Thanks to the latter, people were no longer dependent on the tellers sitting in banks. During the 70’s, the electronic stock exchange became available on the trading floors, and by the 80’s mainframe banking systems and data record keeping were making their debut.

The 90’s changed the fintech industry thanks to the advent of the internet and the world wide web. As stock trading and financial operations moved online, companies began moving more of their services online full-time. This business model has skyrocketed as a result of online trading platforms that open the doors for retail investors.

Though these developments have affected our lives and the lives of our predecessors for the better, fintech is still being given a hard time due to old school financial rules. This industry really found its big break after the U.S. housing market’s crisis and the EU’s sovereign debt crisis in 2008, when the financial world realized that its systems were outdated and incapable of keeping up with modern times and their subsequent needs. If the 90s served as a test case, the years after 2008 have shown the world fintech’s potential to make the world smaller, and better.

What held fintech back?

Despite the technology aspect being ready, the financial side was not up to speed. Even as new technologies changed several industries, the EU and other world governments were slow to improve regulatory frameworks to adapt to innovation. Even in the US, regulators under the Republican Party’s reign were practicing lax policy while overseeing the mortgage trends between 2004 and 2008.

Since then, the possibilities have changed in terms of financial regulations and technology. With tools promoting transparency between merchant and client, there is an opportunity for fintech to reach its full potential. More importantly, there are innovations that can take advantage of this brave new regulatory environment. A growing number of new companies are choosing to base their platforms on the blockchain technology, as it offers sellers and buyers to share and trade their data without having it centralised by self-interested financial institutions.

Given the financial crisis of 2008 and its consequences, the U.S. and the European Union came up with new laws defining proper conduct in the financial services industry. In 2010, former President Obama countered the major event with the Dodd-Frank Wall Street Reform and Consumer Protection Act. This document was penned with the intention of closely supervising the banking system and reducing possible risks.

Moreover, in 2014, The Digital Accountability and Transparency Act was passed to direct the White House Office of Management and Budget and the Treasury department to establish government-wide standards for reporting financial data by companies, and expand digital oversight.

In 2018, the fintech industry will step under a new regulatory law, the Revised Payment Service Directive, or PSD2 for short. Retail banks might be facing having their almost unanimous control over client accounts and payment services to third party companies. This European Union-driven initiative means banks will have to release clients’ account details and personal information to outsider firms. The latter will lead to newer services being created to provide these customers with information they need and want.

This directive promotes free use of personal information, which opens up the gates for new payment companies. Trustly, for example, is a European payment service which connects directly to individuals’ bank accounts. The company currently serves consumers in 29 countries in the European Union. Merchants can also benefit from the platform, as its single document reconciliation form is valid across borders.

Individuals who find themselves in need of a loan can benefit from LaaS (Lending as a Service) companies such as SoFi. This company matches borrowers with suitable loans, while charging low fees. SoFi is capable of doing so because it collects relevant data regarding the client in question, and only then produces an offer the latter will manage to pay back.

A new look for finances

Even before 2008, the financial industry had planted the seeds for the fintech revolution. First, there was a lack of transparency between lenders and clients about subprime mortgage loans rates. These were kept low for about two years, and then drastically shot up. Individuals who had borrowed money often found themselves unable to pay off the loan. Some investors had made risky investments due to panic, and made their financial situation worse. Additionally, a combination of bureaucracy and borders left banks unable to share clients’ information.

Now, fintech is opening the books by sharing data freely across a large network. As the information flows, clients and businesses are able to enjoy a better relationship. There is also freedom as neither of the two is being forced to use services by banks as firms such as Trustly and SoFi offer similar options for friendlier conditions and rates.

Perhaps, we can expect to see firms that offer loan and payment services become a worthy rival to banks in popularity. Some people are sticking banks due to a lack of a better options, but this third party companies may become the alternative one day. Until that day comes, we can enjoy certain better financial services elsewhere. 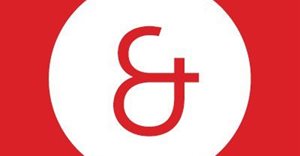 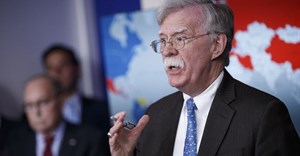 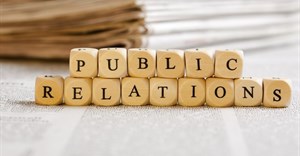 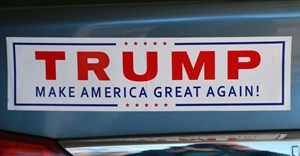 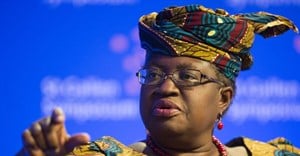