How to turn business mistakes into business successes

By: Boris Dzhingarov, Issued by: ESBO
Every business owner's goal is to make decisions that will ultimately drive the company forward. Yet, despite the best of intentions, sometimes mistakes are made.

Ultimately, that is exactly what those signs did. But not in the way the company wanted.

According to CNN, some Boston residents mistook the signs for bombs and called the local authorities. As a result, several bridges and part of the Charles River were closed off. The signs were taken down, but the damage had been done.

How can businesses recover from these types of mistakes and hopefully turn them into successes instead?

One good thing Turner did was issue a quick apology. However, Comm100 shares that making that apology effective involves more than simply saying you’re sorry.

First, you must be sincere and truly regretful. Your apology must also take complete responsibility for your actions without placing the blame on the consumer, such as by saying “we’re sorry for what we’ve done” versus “we’re sorry that you feel that way.”

It helps to validate the public’s feelings and, if dealing with them directly, paraphrasing to ensure that you understand their complaints. Additionally, in your apology, offer the reasons behind why you did what you did without turning them into excuses.

We’ve all made mistakes at one time or another, whether in business or in life. But what matters most is what you do once the mistake has been made. In other words, do you just apologize and go about your business or do you try to find a solution?

Saying you’re sorry is good, but saying that you’re sorry enough to ensure that it never happens again is even better. This means coming up with some strategy, some type of action plan you can share with consumers to show them that you take their feelings and concerns seriously.

Of course, the type of solution you offer will differ depending on what type of mistake was made. Maybe it means a change in your processes or perhaps it involves taking disciplinary action against an employee (with safeguards in the place for the future).

Whatever your plan, share it with your customers so they know 1) that you’ve heard them and 2) what to expect from you in the future. By being transparent, you’ll have an easier time reestablishing their trust.

Better yet, learn from others

No one says that you have to be the one making a mistake in order to learn from it. In fact, Russell Ruffino, the founder and CEO of Clients on Demand, shares that he has created his multi-million dollar company around the philosophy of “simply avoiding the mistakes that others make”.

Many people are more than willing to talk about their businesses and share their expertise. All you have to do is ask and then take in what they’ve told you so you don’t walk that same path.

Every business owner will make mistakes at one time or another. The important thing is what you do once that mistake has been made. As long as you respond appropriately, you can use that to propel you forward versus having it hold you back.

ESBO was created to help small business owners to get their brand across and gain the visibility they deserve! 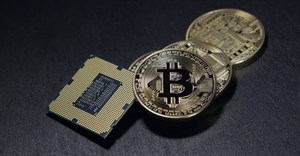 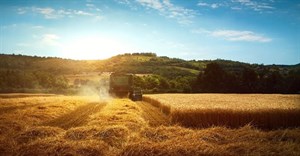