30 Sep 2021 | Email | Print |  PDF
Issued by: University of the Free State
Prof Felicity Burt from the University of the Free State (UFS) and the National Health Laboratory Services (NHLS) holds an NRF-DST South African Research Chair in Vector-borne and Zoonotic Pathogens Research. She is also an expert on arbovirology in the UFS Division of Virology.
New variants of severe acute respiratory coronavirus 2 (SARS-CoV-2) have the potential to influence the size and duration of waves of infection and may prolong the duration of Covid-19’s stay with us. Despite the development of vaccines and the technology available to adapt vaccines in the future to address the emergence of new variants, it is extremely unlikely that Covid-19 will ever be eradicated.

The emergence of new variants has illustrated the importance of continually monitoring circulating variants for changes in viral proteins associated with cell binding (in other words, influencing entry of the virus into a cell) and immune responses (which would influence vaccine efficacy and reinfections).

Prof Felicity Burt from the University of the Free State (UFS) and the National Health Laboratory Services (NHLS), who holds an NRF-DST South African Research Chair in Vector-borne and Zoonotic Pathogens Research, says the current vaccines are effective against severe disease, but do not prevent transmission. Hence, complete eradication of the virus is unlikely, as the virus will continue to circulate at low levels in the population even if high levels of vaccine coverage are achieved. Prof Burt is also an expert on arbovirology in the UFS Division of Virology.

“To date, the only pathogen that has been eradicated globally is the smallpox virus. This was achievable because of a highly efficacious vaccine and because smallpox caused a disease that was readily recognisable, enabling rapid isolation of afflicted patients. In contrast, a virus such as SARS-CoV-2 that can cause asymptomatic infections in which the person is unknowingly infected and able to shed and transmit the virus, is probably impossible to eradicate,” explains Prof Burt.

The current vaccines are, however, able to reduce the severity of the disease until a vaccine is available that prevents complete transmission of SARS-CoV-2; therefore, the development of affordable treatment options remains important. Novel therapeutics, such as an antiviral

drug that interrupts replication of the virus, or monoclonal antibodies that neutralise the virus, would go a long way to contribute to the treatment of infections.

“Currently, monoclonal antibody therapy is available in higher-income countries. Monoclonal antibodies mimic our natural antibody response, targeting specific regions of the virus, neutralising the virus, and stopping it from entering cells. Monoclonal antibodies have been used to treat other viral infections such as Ebola; however, they have significant limitations due to cost, availability, and high specificity, meaning that mutations in emerging variants could influence their efficacy. They are unlikely to be an affordable option in lower-income countries.”

According to Prof Burt, viruses have a propensity to acquire mutations, or changes, in their genetic make-up during replication, and as expected, this virus has changed during the pandemic and will inevitably continue to mutate.

“These mutations become problematic if they influence the way the virus is transmitted between people, or if the disease profile changes and the virus causes a more severe disease, or if the changes result in a virus that is not recognised by the body's immune response.  In other words, the virus is capable of hiding from, or can escape, the immune response that a person has developed as a result of a previous natural infection or from vaccination.

“If the virus has changed such that an existing immune response does not recognise it, then a person can become reinfected. Hence, changes in the ability to escape immunity are considered to confer an advantage to the virus. Although there are changes in all regions of the viral genes, we are concerned with changes that occur in the gene that codes for the spike protein. This protein is responsible for binding and entry of the virus into cells, hence changes in the spike protein that allow the virus to more readily enter cells are considered to be an advantage to the virus.”

Prof Burt says there is now some evidence suggesting that antibodies produced in response to the Beta variant – the dominant variant during the second wave in South Africa – are less efficient at neutralising the Delta variant of the virus. In addition, there is evidence suggesting that the Delta virus can replicate to higher levels in the body, resulting in a higher viral load. Although the kinetics of each variant are still not completely understood, the combinations of higher viral load, and the potential for reinfections to occur will likely contribute towards a larger wave of infection.

“The World Health Organisation (WHO) and international partners characterise emerging variants as variants of concern (VOC) or variants of interest (VOI). Although there are multiple new variants globally, only a small proportion of these meet the definition. The Lambda variant, initially recognised in South America, is deemed a VOI. This is a level below VOC, indicating that it has mutations that are known or have the potential to affect the characteristics of the virus and that the prevalence is increasing in multiple countries over time. Currently, Lambda is not a concern in SA. In contrast, a VOC has the same characteristics as a VOI, but in addition, has one or more of the following: increased transmissibility or is associated with change in disease severity or clinical presentation, or the public health and social measures are less effective against the variant,” says Prof Burt.

Vaccines will likely need to be adapted to accommodate future variants

It is impossible to predict which variants may emerge next, explains Prof Burt. “Fortunately, although the current vaccines may not prevent mild disease, they have all been shown to reduce the incidence of severe disease and fatalities. The technology for adapting vaccines is available – but of course – if a vaccine has to be adapted, it will take some time for that to be available. As this virus is now well established globally and will continue to evolve over the years, it is likely that, in the future, vaccines will be required to be adapted to accommodate circulating variants.”

“Although there is some reduction in vaccine efficacy against the currently circulating variants, there are fortunately high levels of protection against severe disease and hospitalisation in people who have received the single-dose Johnson & Johnson vaccine or both doses of the Pfizer vaccine. In other words, they are fully vaccinated,” says Prof Burt.

Despite reduced effectiveness and potential for vaccine breakthrough, it is still important for people to be vaccinated, as it reduces viral load and duration of virus shedding. Less viral replication means that the virus has less chance to mutate, with less chance of new variants emerging.

Established in 1904 and situated in the Free State Province in the centre of South Africa, the University of the Free State (UFS) is one of the oldest higher education institutions in the country.
About Us | News | Contact
Email Print PDF 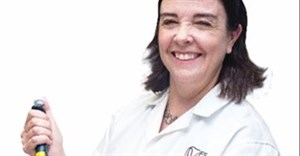 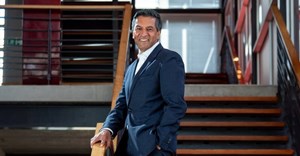 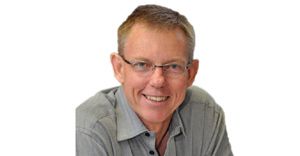 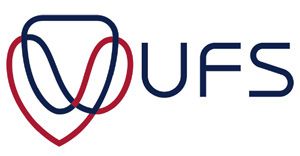 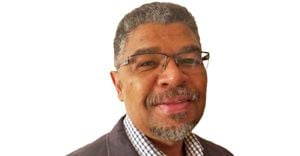 University of the Free State#WorldSuicidePreventionDay: Suicide - Underrated and misunderstood23 Sep 2021 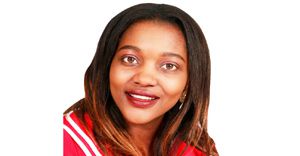 University of the Free StateRecovery after the riots: How small businesses can bounce back from adversities/external shocks10 Sep 2021 How research, collaboration are contributing to food security in Africa14 Jun 2021 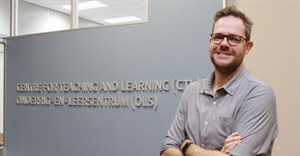