18 Nov 2021 | Email | Print |  PDF
Issued by: Girls and Boys Town
Currently, children's access to alcohol is not sufficiently monitored and is contributing to increased social disintegration.
Girls and Boys Town South Africa (GBTSA) welcomes the call by Parliament's Portfolio Committee on Social Developments for additional police to be deployed to taverns and shebeens to ensure owners are not selling alcohol to underage customers.

Currently, children's access to alcohol is not sufficiently monitored and is contributing to increased social disintegration.

"Many people do not realise the impact that underage drinking has on a child or society at large. Parents, adults, and caregivers unintentionally encourage underage drinking through glamourising it or through the practices of sending children to buy alcohol or asking them to fetch alcohol from the fridge or allowing 'just a little sip'. Speaking about alcohol has become normal and there has been a desensitisation to its effect which has left our children vulnerable," says Lee Loynes, CEO of Girls and Boys Town South Africa.

According to Aware.Org, 50% of teenagers in South Africa have tried, or consumed alcohol. In South Africa, substance use generally starts during the teenage years and can commence as early as 10 years old.

Alcohol use during the formative early years is related to a wide range of health and social problems. It can affect the healthy development of vital organs and functions, including the brain, liver, bones and hormones. It is also associated with increased alcohol-related injuries, involvement in violence, suicidal thoughts and attempts, having more sexual partners, pregnancy and using drugs.

At GBTSA a lot of effort is put in to ensure that youth placed by children's courts into its healing residential care environments are protected from alcohol abuse through holistic prevention and, where needed, individualised treatment programmes and that young people are better equipped to have a responsible approach to alcohol when they leave its care.

GBTSA's 2021 report on alcohol and drug abuse among youth that have left care indicates the following:

"We need all of your help to tackle this problem. We need homes to be a safe space for kids and for their communities to be protective of them. We need to start the conversation earlier, and encourage every single person to realise that they have a role to play in protecting our children," concludes Loynes.

Girls and Boys Town established in 1958 to heal the overturned lives of South Africa's broken-hearted young. Today, our 10 family homes, 60 therapeutic professionals and a staff of 150 dedicated people work together to restore the resolve, love and light to the neglected and overwhelmed youth placed in our care by the Children's Court or community organisations.
About Us | News | Contact 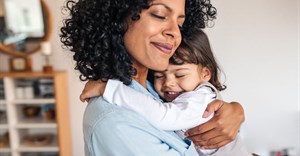 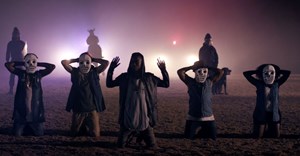