Rodenticides and the effects they have on primary and secondary consumers

7 Sep 2021 | Email | Print |  PDF
Issued by: Smartsenz IPM
An article titled "Poisons Used to Kill Rodents Have Safer Alternatives" and published on Audubon* caught our attention recently. The author of the article, Ted Williams, interviews a clinical professor who autopsied a number of raptors that had died from unnatural causes. The details are horrific and may be too difficult to read for sensitive readers. 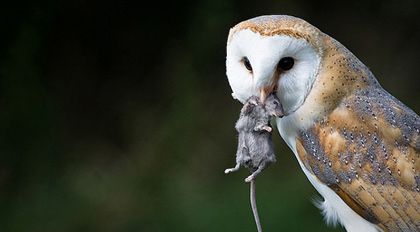 The article details the cause of the raptor deaths as being “second-generation anticoagulant rodenticides”. In layman’s terms: the deaths were caused by the poisons used by pest control personnel, farmers and homeowners who try to ‘get rid of’ rodents that have become pests. The rodents eat the baits, and the predator birds (raptors) eat the poison-ridden rodents.

The poison that was set out to eliminate the rodents (prey) have in turn also eliminated the natural predator. Which doesn’t stop there and could further eliminate secondary consumers such as cats or snakes.

The major problem in our society is that people have such an urgency for getting rid of pests, that they often don’t think of the chain reaction that follows.

We urge you to please consider the consequences and do your research before trying the DIY off-the-shelf products or contacting a pest professional. If that professional says that they use anticoagulants – they are not environmentally friendly.

Smartsenz IPM® uses a vitamin D3-based rodenticide, which reduces suffering and drastically minimises the risk to secondary predators and non-targeted species. It is not an anticoagulant and is actually endorsed by the Griffin Poison Foundation (https://www.pmfsa.co.za/home/partners/griffon-poison-information-centre).

Our competitors don’t use this product because it is more expensive than anticoagulants. But we value our environment more than our pockets, and we really urge anyone looking for eco-friendly rodent solutions to do the same.

SMARTSENZ® IPM is an eco-friendly pest control service designed to proactively manage and prevent pests in a sustainable way.
About Us | News | Contact
Email Print PDF 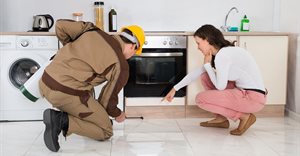 Smartsenz IPM5 things to consider when searching for a pest control company in South Africa30 Sep 2020
Republication of selected Bizcommunity content for non-commercial purposes is allowed if the original article is linked to with "Source: www.bizcommunity.com". Please click here for more information and to request permission.
Let's do Biz