Out of Home to fill in the DTT audience loss gaps

17 Apr 2015 | Email | Print |  PDF
Issued by: JCDecaux Africa
Out of Home advertising is the umbrella under which cross-media advertising campaigns assemble. Its inherent strength is that it can be seen as the 'shorthand' for brand-building by reinforcing and reminding consumers of ads they might have seen on TV, radio and/or in print with a succinct message in just seconds using brand cues that pull through from other media. It cannot be disputed that Out of Home advertising is an integral part of the communication mix. The strength of OOH will be endorsed with the migration of broadcasters from analogue to digital terrestrial TV and radio. Why?
The migration period in South Africa from analogue TV to digital terrestrial TV is expected to commence next year, around June 2016 after the municipal by-elections. Households that do not subscribe to satellite television will need to purchase a DTT set-top box (STB) to access TV, and poorer, lower LSM households will be given boxes, (five million in total) with the proviso that they own a TV license. Industry experts have predicted that this will cause a significant drop-off in TV audiences, mostly from free-to-air stations over the migration period. The roll-out is expected to take approximately six months with radio following suit. Advertisers will need to beef up their OOH reach to compensate for the loss of audiences and resultant share of voice, mostly in the lower LSM areas. Of interest will be how TV licence ownership will be monitored, and if audited accurately, then surely some households will be lost to the TV and radio marketer! Word is that the TAMS methodology will not immediately be able to record these audience losses and will create further hesitation for marketers to rely on TV to reach their once guaranteed markets.

This terrestrial technology will provide consumers with more channel choice, better quality, and relevant content in their own languages. Consumers will now have a wider choice of viewing options which is likely to lead to experimentation and channel hopping, leading to a drop in viewership figures per channel. It's also likely to create more competition within the broadcasting arena. The consumer is set to benefit, however these benefits translate into further fragmentation and niched audience pockets that will make it more elusive and expensive for marketers to reach. The cost per thousand, and cost per campaign, to reach these previous 'mass markets' on TV is set to soar.

Out of Home formats, both static and digital will be waiting in the wings to take up these losses, at a fraction of the cost! The growth of Digital Out of Home will encourage marketers to move much of their content into the out of home and social media arena. The integration between mobile and OOH screens will become more sophisticated and provide marketers with direct communication and brand-building vehicles on a larger scale, reaching these 'lost terrestrial audiences'. The inherent cost-effectiveness of Out of Home, supported by the new Out of Home Measurement Council's survey due to be launched in August this year, will prove Out of Home to be a currency worth its weight in gold.
NextOptions
›
Email Print PDF

JCDecaux Africa services the major media agencies, multinationals, and most prominent brands from around the world. Our media planning and strategy are focused on a host of in-depth research and insight tools to maximise our clients' advertising spend and deliver on their campaign objectives.
About Us | News | Contact
Read more: DTT, Continental Outdoor 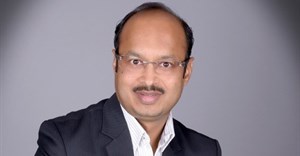