Get to know the real Manish Chande

By: Boris Dzhingarov, Issued by: ESBO
You don't need to look far on the internet to see that Manish Chande is a very highly respected businessman who knows his stuff when it comes to the world of property management and real estate. He sold his company, Trillium, for £330, ensuring him a £15m payout, and a generous share of £11,000 for each of his employees. 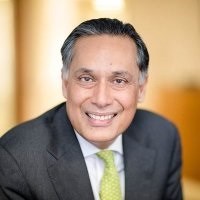 However, despite all the trappings of wealth which he could afford, once you get to know the man behind the glossy corporate brochure, you’ll find someone who’s down to earth and really just a regular Joe, who probably enjoys the same hobbies, interests and past times as you.

The Chande family is Indian, but relocated to Uganda to take charge of his mother’s family business. This is where Manish was born, enjoying a blissful childhood until Idi Amin’s anti-Indian dictatorship meant that the family had to escape to Tanzania in the 1970s, only for a similar thing to happen. At the age of six, young Manish was sent away to school in Norfolk for his own safety. The UK has been his home ever since.

An average day for Manish begins at home in Hampstead, London, where he lives with his wife and two children. He likes to start his mornings with a road run, grabbing his trainers and hitting the neighbourhood pavements, where he passes Noel Gallagher’s home, Supernova Heights, on his route to Belsize Park. If he can’t get out for a run, you’ll find Manish in the gym.

Being located in Hampstead, Manish is an ardent supporter of local boys, Arsenal. With the Emirates Stadium being a mere 15 minute drive from his Hampstead home, he loves to cheer on the Gunners, even though they haven’t lifted the Premier League title for more than a decade.

When it comes to transportation, you’d probably expect to find Mr Chande being driven around in a Bentley or Rolls Royce, but he’ll tell you that his favourite and current car is actually a second hand Mini, which is covered with a healthy layer of dirt. He freely admits that he’s the butt of many a joke for driving such a vehicle, but he really doesn’t mind, since his Mini makes him happy.

In his spare time, you’ll find Manish taking in the quiet atmosphere of an art gallery. A self-confessed workaholic, giving time to admiring works of art which the artistically gifted have ploughed their heart, soul and time into is something which he genuinely loves. His favourite is the Musée d'Orsay, on the left bank of the Seine in Paris.

At the end of a hard day’s work, you’ll find Manish relaxing with an ice cold vodka and sparkling water. At any other time of day, you’ll find him with a can of energy drink, which he says is the secret to his success, as it gives him the energy he needs to keep on going.

With his refreshing and realistic outlook on life, and his awareness of what the public really like, it’s no surprise that Mr Chande’s developments are going from strength to strength. If only his football team was as fortunate as he is!

ESBO was created to help small business owners to get their brand across and gain the visibility they deserve!
About Us | News | Contact