Early-stage investing: An opportunity for institutional investors to propel high-growth potential entities into the stratosphere

12 Nov 2021 | Email | Print |   PDF
Issued by: Mineworkers Investment Company
The announcement earlier this year of MIC's commitment to Knife Capital's African Series B Expansion Fund has spurred interesting conversations about the dynamics between institutional investors and venture capital. Some of the discussions interrogate the path from a viable idea to potential third-party investment, whether this is through private market capital pools or public capital markets. An interesting theme is the potential role that institutional investor can play to facilitate this path and reduce barriers. But what would that honestly mean for institutional investors given their penchant for understandably more risk-averse, later stage investing? Venture capital, as is practiced in the global north and developed economies, is not a game of means and averages, but one of outliers and exceptions. Venture portfolios are a risky undertaking. The well accepted industry norm is that an estimated third of ventures do well, a third are very likely to fail and the other third, at best, return invested capital. The data however speaks to a more dire situation: only 4% produce a return of ten times or more and 10%, five times or more. The result is that many venture capital fund managers are looking for the exception, even at a 14% chance of above average returns. These numbers are nominal and are based on financing data from US-based Correlation Ventures from 2004 – 2013. What they miss though, and this is crucial, is that venture capital differs from market to market, and in South Africa and across the African continent, our own way may be our answer.

Sure, venture capital is famed for driving innovation and the proliferation of cutting-edge technology. There are enough broad strokes that demonstrate this in American, Asian and European markets. But for markets such as ours here in South Africa, the reality spells a different outcome.

For starters, the venture capital trajectory here is different from the global north model here. After several successful rounds of funding, a startup in Tel Aviv or Silicon Valley would start their path to IPO. If the startup is a unicorn, the promise of capital is guaranteed. In South Africa, the promise of more capital to build, grow and scale a promising startup is less available from the Johannesburg Stock Exchange (JSE) and more from private equity investors, according to Knife Capital’s Keet van Zyl. He says that it’s symptomatic of the complex and expensive process of local listing and the gap that typically exists after seed funding. Opportunities for further investment and growth prospects diminish greatly.

The irony is that the gap in post-seed funding in Africa exists in a collective of markets that boast a strong entrepreneurial drive. There are many reasons why this is so, including poverty, thriving informal economies, lack of sound financial instruments, to mention a few. The result is that we end up in a vicious cycle, where entrepreneurship is one of our proven ways out of poverty and towards economic growth, and yet we do not have enough post-seed funding to take ventures to the next level, let alone to seismic IPOs such as those of Facebook and Alibaba.

That’s the gap in our venture value chain, a dire dearth of early-stage funding for high growth, innovative businesses that can drive economies, cultures and countries. Against the sobering unemployment statistics mentioned at the 2021 State of the Nation Address, well-supported entrepreneurship will pack an effective punch.

There have been a few notable case studies of this post-seed funding in South Africa, such as Tyme Bank and their successful Series B funding round. The digital bank raised $110m, one of the largest funding exercises for a digital bank in Africa. It’s a bold declaration from the landscape, although, it is worth mentioning that the investors are offshore players from the UK and the Philippines. Another example is Flutterware, the digital payments platform touted as the African unicorn. The business raised $170m in Series C funding, and fuelled conversations of Africa leading the ‘payments as platforms’ transition globally, connecting mobile money to legacy financial systems. Again, worth noting that much of the respondents in Flutterware’s raise were also offshore investors. These two examples raise the question of whether we are yet to catch up here, and in how long.

In July 2021, MIC announced the launch of MIC Khulisani Ventures, a R150m early-stage investment vehicle targeting black-owned innovative, high growth businesses in South Africa. MIC Khulisani Ventures will invest in promising high-growth potential companies across all sectors, except for primary agriculture and primary extractive industries. The focus is innovation, namely innovative products or services that disrupt traditional markets, improve efficiencies, or respond creatively to existing problems in South Africa. Over 700 applications were received, and 141 assessed for shortlisting into the final round for funding (with 10 finalist pitching for funds to a panel of experts). The exercise has proved that the talent is there, and requires support from the eco-system – whether traditional VC, or institutional VC.

As we work towards economic recovery in the face of the havoc caused by Covid-19, the place of high-growth ventures is pivotal in growing our economies, and beyond that, in driving human progress. It can directly augment government efforts, such as the R4bn allocation for the Department of Small Business Development to support township and rural businesses and attract blended finance opportunities. This concerted effort works, and we have seen this happen. Many researchers agree that the success of the US economy is partly owed to their venture capital industry pooling viable innovative ideas and their owners, giving them a jump start to success through the provision of adequate growth capital and bringing to bear management, systems and mentors who can support this growth. What we know for our context is that the line connecting pre-seed funding and the IPO on the JSE may neither be straight nor get to that listing goal at all. And that is fine because the opportunity there becomes one of evolving this different, market-specific trajectory, making it legitimate here and on the world stage.

The forecast for Sub-Saharan Africa’s economic growth forecast is 3.2% for 2021. Our economy is expected to grow by 3.3% this year, a hopeful forecast given the 7.2% decline in 2020. If the joining of forces of institutional investors and venture capital firms becomes more commonplace, to plug the follow-on funding gap that high-growth ventures experience, we may yet exceed our national and continental growth projections. 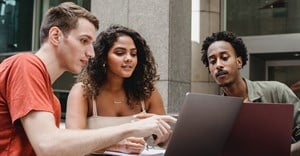 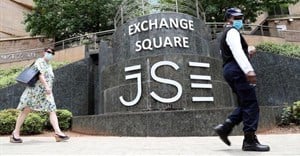 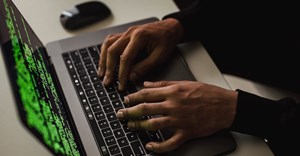