Funds raised will be allocated to projects where state-of-the-art technology can be deployed to prevent wildlife crime and the senseless slaughter of these critically endangered animals.

“There is consensus among rhino protection NGOs and conservation authorities that the most effective way to prevent rhino poaching is to make sure the poachers are detected and apprehended before killing a rhino to harvest their horn. For this purpose, we are collaborating with providers of technology locally and abroad to come forward with advanced, yet practical, solutions.’

“Involvement of key stakeholders is an important imperative for success. Rangers, law enforcement agencies as well as local communities will be encouraged and trained, where necessary, to be active participants in early detection and immediate response operations.”

Turner says an example of an effective way to prevent wildlife crime and poaching is to equip/arm rangers with technology that enables them to detect human incursion early and to respond immediately with a well-trained ground force to apprehend poachers and, most importantly, save a rhino. “Other effective high-tech apparatus include: Big game fences equipped/armed with technology that enable early detection and immediate response to intrusions; thermal energy detection technology; custom-made telecommunication systems, and radar equipment.”

The cost to acquire, deploy and manage early detection and immediate-response technology, combined with training rangers and support staff is prohibitive. But, says Turner, the cost of losing more rhinos coupled with the risk of losing all, far outweighs this challenge. “We are all obligated to future generations to do whatever it takes to ensure rhinos in South Africa are safe.”

South Africa is home to nearly 80% of the world’s rhino population and has, therefore, been hardest hit by poachers with more than 1,000 rhinos killed each year between 2013 and 2017. Earlier this year the South African Department of Environmental Affairs released the 2018 poaching statistics that showed at least two rhinos were slaughtered each day.

Referring to PWF’s challenge to raise $10 million, Turner concedes it is a big ask. “Over the past two years we have managed to secure promising support and commitments from potential local and international donors. We are confident that this will provide a springboard for the Rhino Refuge Project to achieve its objective, setting an example to many a much-needed local, as well as global, commitment to protect and ensure the future survival of this magnificent and much-treasured species in Africa.”

Mortimer Harvey has been building brands, solving problems and making magic happen for the past 28 years. We're a 100% fiercely independent, digitally-integrated, results-driven, multi-channel advertising agency in the heart of Johannesburg focused on creating work that really works.
About Us | News | Contact 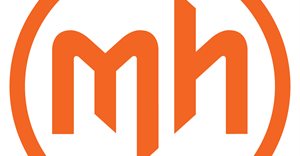