Design with a 'story of place' wins Bravo a Pentaward Bravo Design is casting the spotlight on local packaging design – and receiving standing ovations in turn. This Cape Town-based agency has just been announced the recipient of a Pentaward for its design and packaging aesthetic delivered for Cape Saint Blaize Distillery, a gin and white spirit producer situated in Mossel Bay along South Africa’s picturesque Garden Route.

Founded in 2007, the Pentawards has been recognising global excellence in packaging design through its annual competition. This competition draws in excess of 20,000 entries from over 64 countries globally. Entries are deliberated on by an international jury comprised of individuals of the highest calibre in packaging design and marketing. The goal is to find designs which truly have universal appeal, and these are awarded with the Pentawards distinction. Bravo is therefore exceptionally proud to have its design for Cape Saint Blaize recognised among this global community with a Bronze Award in the category for Beverages (Clear Spirits). “It is an incredible honour to stand alongside international agencies. To receive acknowledgement among them is a great feeling. This achievement certainly is a further boost for the creative team,” said John Nicolson, who was the lead creative on the Cape Saint Blaize project.

Confronted with the Cape Saint Blaize packaging design, one is immediately drawn to its handcrafted element: gin served in a ceramic vessel, which is a play on the clean lines of the eponymous Cape Saint Blaize lighthouse, but also a reference to the earthenware crocks of the gins of yesteryear. This handcrafted feel is honoured with paired-back but classy labels that are clean and high-end. “Labels that complete, not compete,” as aptly described by Bravo owner and creative director, Brenden Schwartz. Each bottle is artfully distilled, bottled, and hand labelled as an ode to their home on the Garden Route

Nicolson says that the appeal of the design boils down to its very strong storytelling element: “People are intrigued by the design and imagine what it would feel like in their hands – so there is an immediate, tactile engagement. This tactile element leads them to the brand’s ‘Story of Place’. This ‘pause and ponder’ effect is becoming increasingly important in design, and the success with Cape Saint Blaize indicates that we got it right in this department.”

Naturally, the story needs to follow through, and Cape Saint Blaize, a fairly new addition to South Africa’s thriving craft gin market, has this in spades: it is family-owned, regionally expressive and its design has resulted in the employment of local community workers in the ceramic workshop where the bottles for their range of gins are made.

Apart from the recognition from the global community, it is also the nod of approval for Bravo’s creative processes that has the team celebrating: “The team at Cape Saint Blaize was willing to push beyond boundaries that allowed us to design and experiment with materials that none of us have used before. In the end this collaboration really resulted in a piece of art. People fall in love with the brand before they've even tasted it because they are drawn to the feeling the bottle evokes when they see it on the shelf. We've created a packaging that is both intriguing and beautiful, and that stands out in a highly competitive category," says Schwartz.

"It's about moving away from creating just packaging. The Cape Saint Blaize team is offering customers something that few brands do – they offer something truly artisanal, something that's unique and beautiful. The whole process allows for small batches of gin to be created, ensuring a quality that mass-produced offerings can't mimic," added Nicolson. 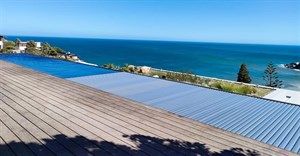 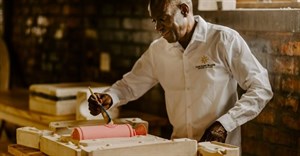 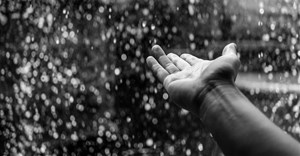 Arid SA needs to get serious about desalination2 Aug 2017 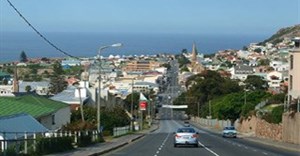